In the latest episode of Attarintlo Akka Chellellu, Vikram tells Shravani that it's better she leaves for the family's happiness. Details inside. 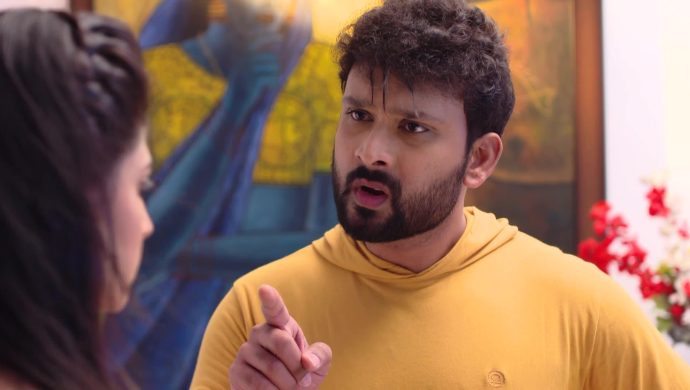 Earlier in Attarintlo Akka Chellellu, Shravani (Chaithra Rai) insults Aditya (Akarsh) for being useless. Dharani (Chaithra Rai) loses her calm, like Aditya, and scolds her sister. She asks Shravani to watch her words and also says that she will not be silent anymore. Dharani calms Aditya down and tells him that he shouldn’t let others affect him adversely. Vikram (Madhu) apologises to them, but Dharani tells him that it isn’t enough and he must find a way to take him to office.

In today’s episode, Shravani tells Vikram that she wasn’t wrong in whatever she said. Moreover, she wouldn’t have to give anyone any receipts if it wasn’t for Vikram. The fight escalates and Shravani says that’s she cannot live in a place where there is no freedom for her. Vikram replies by saying that it would be better for her to leave for the family’s happiness. Shravani gets infuriated and prepares to leave.

Vedavati requests Shravani to stay back and promises that no one will meddle with her or her freedom. She also suggests to Vikram use his words wisely and respect all relationships. Priyamvada wonders how Shravani agreed to stay back so quickly, Shobhan Raju explains that there wouldn’t be a good kick if she left so easily.

Dharani comes down after hearing the commotion. Vedavati explains how having Pettanam works and how it was wrong of her to step down from her duty. She gives Dharani the set of keys again and asks her to be more responsible. The next morning, Dharani gets Aditya ready in a crisp suit. Aditya shares his hesitation on going back to the office. But Dharani encourages him to try something new, with a better state of mind.

Read the full written update for the previous episodes here.

Poll: Who Is The New Maid In Brahmini's House In Ninne Pelladatha?