In the latest episode of Attarintlo Akka Chellellu, Aditya comes home in a fit of rage and explodes with anger on Dharani. Read the full update here 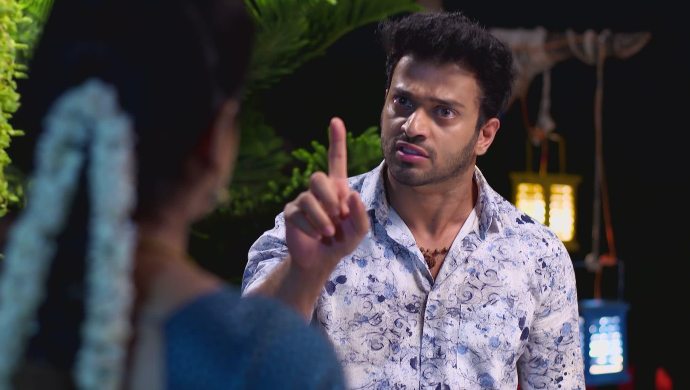 Earlier in Attarinlo Akka Chellellu, the priest calls Priyamvada and tells her about everything that had happened. Priyamvada thinks a little and concludes that it has to be Dharani. She goes to Aditya’s residence and sees that Shivudu and Dharani are talking. Dharani had been telling him about her sister and the truth about Priyamvada and Aditya’s connection to the landlords. Priyamvada meets Aditya personally and tells him that she knows something and believes that Dharani does not love him. She has been faking it all along.

In today’s episode, Priyamvada tells Aditya that Dharani hid the truth about her twin sister and refused to marry him because she knew that Shravani wouldn’t agree to marry into the same house as her. When Aditya starts to process everything, Priyamvada leaves him alone. At night, Dharani waits for Aditya to come in fear of how he would react. Hamsa and Shivudu tell her to stay calm and not worry too much about him. But that’s when Aditya comes inside knocking everything down on his way.

Dharani asks what had happened and he starts scolding her. First, he says that she has been cheating on him with her drama of love and tells her to not call him with any cute nicknames anymore. Then he asks why she made him swear to be honest when she herself had no such plans. Dharani tries to explain but Aditya is in no state to understand. When Hamsa and Shivudu try to come in, Aditya yells at them to stay away. Aditya then talks about the situation with Shravani and Vikram and blames her for keeping him away from his family.

Aditya rushes inside the room alone and closes the door while Dharani stands outside, weeping. On the other hand, Vikram calls Shravani to ask about the day. But she picks up the call to ask who was calling and what was the work. Vikram asks what was wrong and Shravani explains that he has been lurking around her for so long but now isn’t executing his promises. Vikram says that he is in a rush to get married but it’s the situation at home that’s causing the delay. Shravani asks point-blank if they will even get married without Aditya.