In today's episode of Attarintlo Akka Chellellu, Aditya comes home for Vikram's wedding in a new avatar with his gang. Read more about it here 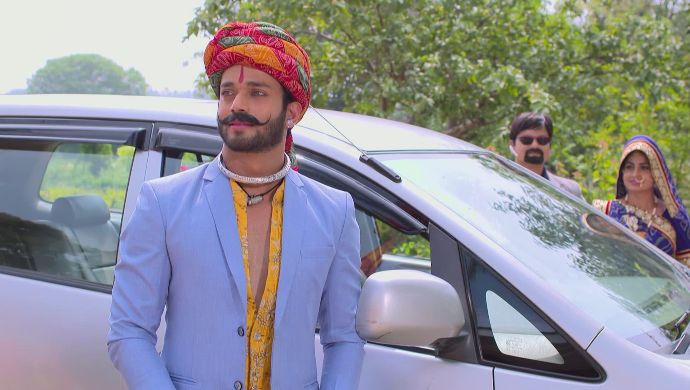 Earlier in Attarinlo Akka Chellellu, Dharani tells Priyamvada to be cautious of her sister. The latter calls Aditya and makes him feel sad about his family. Hamsa and Shivudu see him lost in thought and when asked, he reveals that he wanted to be a big part of his brother’s wedding. Dharani suggests to help but Aditya needed confirmation to trust her. So, when he calls Mata Ji, she tells him to go with the flow. Priyamvada gets everyone to panic about the wedding hall and then solves the problem, promising to do the prep on her own.

In today’s episode, Priyamvada takes the moment and tells everyone that she would like to overlook the wedding preparations. When she sees that nobody seems to be interested, she targets her brother. Vayuputra tells that it would be a good decision since she has solved the wedding hall issue in a few minutes. Priyamvada is happy to have control over the situation. The next day, Shashikala’s lawyer comes to meet Priyamvada in a fancier avatar.

Priyamvada asks what was wrong with him and why had been calling her incessantly. He explains that he wants to fulfill his revenge on Shravani. Priyamvada agrees to help him to stop the wedding. She asks the event organisers to follow his commands. A little later, Dharani comes dressed as Shravani. She meets the event manager and asks him to hire four people who she will send. The event manager is confused to see all that’s happening. But agrees to keep them when she tells him that no one needs to be paid.

Priyamvada sees Dharani as Shravani and asks why she was there before the wedding. Dharani says that it is not a big deal for her to visit her in-laws a week before her wedding when Priyamvada hasn’t left her house even years after being married. She walks away when Priyamvada calls out as Dharani. Dharani wonders if her acting failed somewhere. But instead of giving in, she turns around and tells Priyamvada to never make the mistake of calling Shravani as Dharani.

She goes and sits in the cab, calls Hamsa and suggests that they all be ready in their get-ups. Vedavati prays to her gods to send Aditya home at least in time for the wedding. Later, Aditya steps out of the cab in a blue suit and a Rajasthani moustache and headgear. He remembers everything about his house and family. Vedavati too feels like Aditya is around her. Dharani dresses like a Rajasthani wife, F2 becomes the smart chauffeur and Hamsa wears western clothing with sunglasses and headphones.