In the latest episode of Attarintlo Akka Chellellu, Dharani gives Shravani a crisp answer when she tries to insult Aditya. Read the full update here. 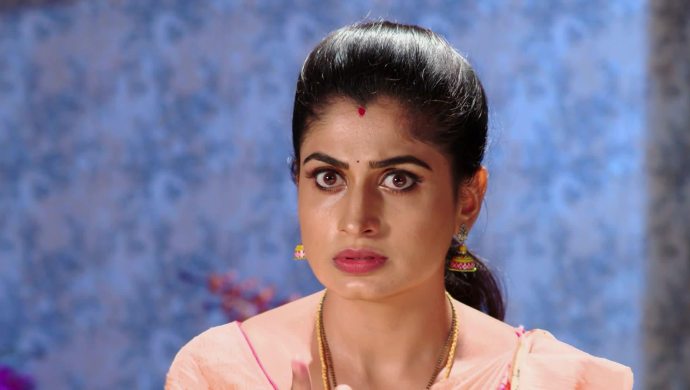 Earlier in Attarintlo Akka Chellellu, Priyamvada (Bhavana Reddy) and Shobhan Raju succeed in manipulating Shravani (Chaithra Rai). Now, not only Shravani starts hating Dharani (Chaithra Rai) but also feels the need to have the Pettanam. Vikram (Madhu) jokes about Shravani having the pettanam and asks her to take money from Dharani. The next day, Shravani feels insulted when Aditya (Akarsh Byramudi) and Dharani talk about giving money to Shravani. She throws a receipt at Dharani later.

In today’s episode, Vedavati tells Shravani that nobody needs to prove anything to anyone in their house. But Shravani insists that if that was the case, one shouldn’t try to be bossy over others – especially the ones who did not even earn a living. Aditya gets angry on these comments and Shravani fuels his rage by saying that it is the only thing he is capable of. Dharani loses her calm and asks Shravani to watch her words.

Shravani reminds how Dharani would sit silently in front of her, but Dharani says that she will not do it anymore. Dharani gets angry because Shravani tries to demean her husband, which is unacceptable to her. Aditya goes back to his room. Priyamvada reminds how there were no fights when she had the Pettanam. Shobhan Raju asks her to simply watch the drama without poking her nose in it. And, Vedavati says that Priyamvada shouldn’t compare herself to Dharani.

Everyone goes back to their room. Vikram enters Aditya’s bedroom while Dharani tries to calm him down, saying that he shouldn’t allow others to affect him. Vikram apologies, but Dharani says that it isn’t enough. She blames him and the elders of keeping Aditya protected from the world. She defends that Aditya is capable of a lot more, but they haven’t given him a chance to learn or showcase his talent. Dharani asks Vikram to take Aditya to office, anyhow.

Vikram goes back to his room and sees Shravani pacing back and forth, in anger. She thinks about how the Pettanam has given Dharani unwanted powers. She believes it is unacceptable for Dharani to rule the house while she is still there. So, Shravani decides to find a way to win the Pettanam. Vikram asks her if she is happy after setting the happiness of their family on fire. Shravani tries to act cool, but Vikram doesn’t take it lightly.