Today, Dharani is again taunted for her good deeds. Her elder sister once again takes advantage of her simplicity. Read the full update here. 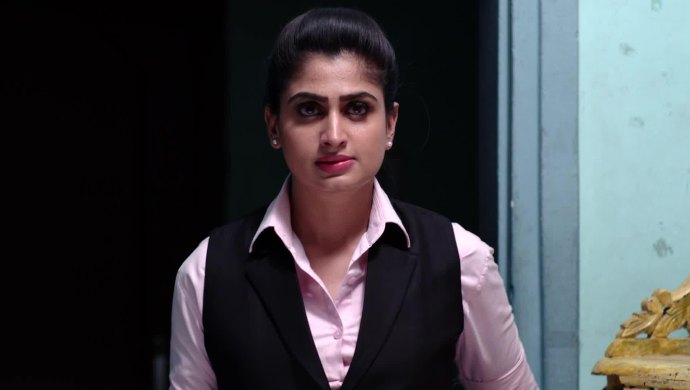 In the last episode of the Telugu TV show Attarintlo Akka Chellellu, we saw that the goons were shocked to know about the poisonous food. But Dharani eats a few morsels of the same food and confirmed that it was fine. Everyone was now relieved, but they questioned Dharani about her intentions behind saying so. Dharani explained the importance of life and the value of respect in society. She asked for mercy and promised to pay off the loans.

In today’s episode, we see that Dharani has taught everyone a lesson for life. The lady don Chamundeshwari akka tells her that the entire problem has been caused by her elder twin, Shravani. That’s when Shravani reiterates with more rage. Chamundeshwari tells Dharani that had the loan been for her, she would have written it off, but since it was for the rude lawyer’s education, she will not let it go. Shravani arrogantly tells her that she will pay off the loan in instalments. Chamundeshwari asks her to sign bond papers confirming that.

Chamundeshwari warns Current Narayana and tells him to be wary of taking loans. She compliments Dharani for her tasty jackfruit curry and leaves. Shankarayya buys a dress for Dharani and wonders if the colour will suit her. But he concludes that since Dharani is fair, everything will look good on her. He dreams that Dharani is sitting in front of him and he tells her to wear the dress. But his mother calls out for him and his dream bubble bursts.

Dharani’s mother appreciates her for the smart move. But her father keeps taunting her for making a reckless decision. When their parents fight, Shravani joins them saying that the goons would have left by the next morning. Eventually, everyone starts fighting among themselves. Shravani wants to take her down for running a micro-finance business and forcing her to sign on the bond papers. Her mother tells her to stop thinking about taking Dharani down and start thinking about paying the loans.

Shankarayya comes to Dharani’s doorstep and gives her the dress he bought for her. He tells everyone that he wants Dharani to wear that dress and come with him, and leaves. Shravani taunts Dharani for not smiling at him. She warns Dharani to go to the temple, without any excuses. The next morning, Aditya, who was playing a car game on his phone, remembers his car accident. Vikram comes in at the same time and tells him that is it is okay and gifts him a new car. They go to the temple to do a pooja for the new car.

Coincidentally, Vikram, Aditya, Shankarayya and Dharani land up at the same temple. Dharani prays for her wedding to stop and Shankarayya prays for all of Dharani’s prayers to come true. Stay tuned to know what happens next.

Watch the latest episodes of Maate Mantramu on ZEE5.