In the latest episode of Attarintlo Akka Chellellu, Shashikala tells that Shobhan Raju took Rs. 5 cr from her & is missing. Read the full update here. 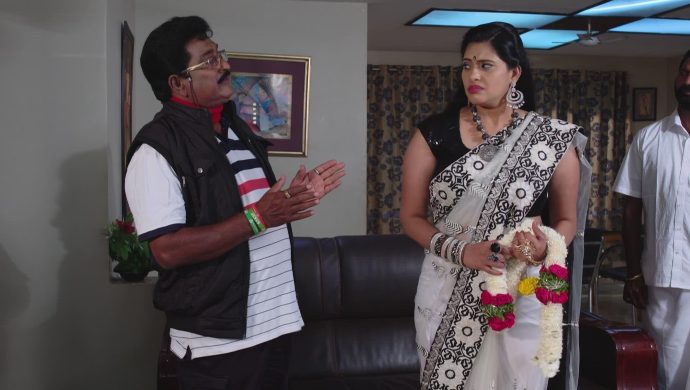 Earlier in Attarintlo Akka Chellellu, Vayuputra thinks about how Priyamvada had threatened him to give her the pettanam, before creating a scene in the house. He struggles to be at peace while being torn apart between staying loyal to his wife, and keeping his father’s last wish. Dharani gives Priyamvada a befitting answer and gives Hamsa some hope. However, she breaks down when she hears Aditya questioning her in his sleep.

In the upcoming episode, Aditya wakes up and remembers the doctor’s statement. He also sees Dharani at his feet and yells, waking her up. Dharani tells him that she can deal with anyone misunderstanding her, but not Aditya. Aditya does not listen to her and asks her to leave. The next morning, Priyamvada, Shashikala and the lawyer wait for Shobhan Raju to come home from the jail.

They wait for an hour and then for four more hours, but see no trace of Shobhan Raju. Priyamvada says that he might have gone home directly and suggests that she will check on him. Shashikala finally reveals that she transferred Rs. 5 cr to Shobhan Raju. The lawyer taunts her by saying that he must have fled away after receiving the money.

Aditya tells Dharani to keep some distance when she comes in with a glass of milk. Dharani asks her how much distance she should keep. Aditya decides to leave instead of arguing with her. He tumbles on the stretched bedsheet and falls over Dharani. Dharani thanks him for clarifying the distance and promises to follow it. Soon, the argument turns heated and Dharani tells Aditya to sleep inside the room with the door locked well, as she goes out.

Priyamvada sees Vayuputra on the terrace and asks if he has seen Shobhan Raju. Vayuputra is shocked to know that Shobhan Raju has been released. Hamsa sees Dharani sleeping on the floor and asks what was wrong. Hamsa insists that Aditya must know the truth, but Dharani stops him from telling him everything. The next morning, Dharani keeps everything ready for Aditya just as Vedavati would, but he taunts Dharani for being useless.