In the upcoming episode, Dharani gives Shravani the same saree that was given to her by Vedavati. Read more here. 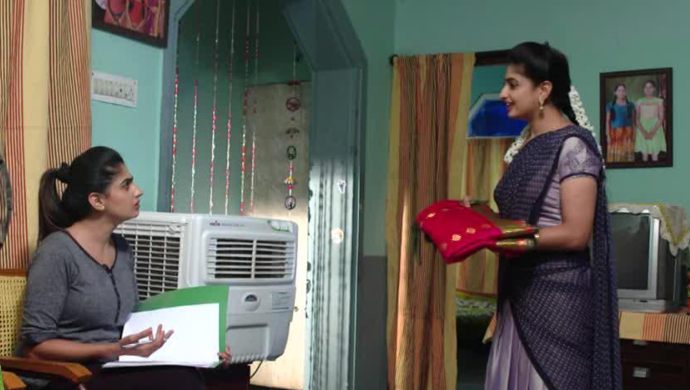 Previously in Attarintlo Akka Chellellu, Aditya insists that Dharani stop ruining her life by marrying Shankarayya. He tells her to be a little sane and think about her own life, for once. Dharani tells him that Aditya is the root cause of all her problems and that he must stay away from her. Later, Shravani calls Vikram and asks him to connect on a video call, just for fun. This gets Vikram worried. He tries to avoid, but eventually handles the situation with Shravani. However, his parents overhear his lies.

In the preview, Dharani excitedly brings the saree given to her by Vedavati and gives it to Shravani. She tells her elder twin that the saree is an expensive one and would look great on her. Since it is given by Vedavati, Dharani suggests that she must keep it with her. This move infuriates Shravani who starts yelling at Dharani for gifting her a saree that was thrown to her by them. Shravani takes away the saree from Dharani and throws it away. It ends up falling on Godavari’s face.

Want To Try The Buddha Bowl Like Niharika Konidela? We Have All Deets