In today's episode, Dharani and Aditya clean the room and get started for a new life. Read the full update here. 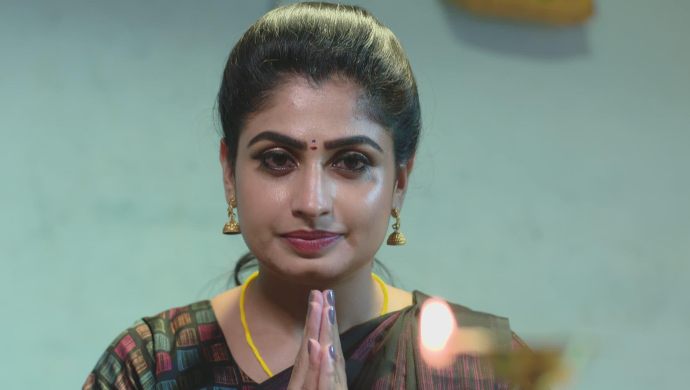 In the last episode of Attarintlo Akka Chellellu, Shravani yells at her mother for touching the soap bar. Godavari tells her that she only cares about materials while her daughter cares about human beings. By mistake, Godavari calls out for Dharani to offer some water to Narayana. He gets annoyed about it and tells his wife that Dharani is dead for him. This angers Godavari, and she lashes at him and Shravani. Dharani and Aditya meet someone Aditya knows and go with him in order to find a house.

In today’s episode, Shivudu explains his wife’s behaviour by tells Dharani and Aditya that she gets aggressive if he forgets something or is not on time. Finally, Hamsa comes out and asks for the guests’ name. She tells them that they cannot enter the house without telling each others name. Aditya goes first and pulls her closer as he says ‘Dharani’. She repeats the task and they enter into a small room. Dharani starts cleaning and Hamsa asks Aditya to help her. He tries his best but Dharani asks him to stay outside until she is done.

Vedavati goes back home when a few beggars come to her car window. She steps out of the car and gives a few thousand rupees to each one of them. In return, she asks for a favour – to help her find Aditya, the beggars agree to help and she goes back home. In the evening, Dharani lights up the deepam in front of the god’s photo. She tells Aditya that she can understand his plight about staying in one room when he has grown up in a mansion.

Godavari pretends to be sleeping when Narayana asks for dinner. She tells him to fend for himself and he proudly calls out to Shravani. Because Narayana believes his daughter is the best of all. But Shravani comes inside and tries to convince her mother. Godavari wasn’t going to entertain them anymore. So she tells them to do whatever they wanted to. Finally, Narayana drags Shravani into the kitchen and she keeps thinking about how she is stuck in her parents’ mess.

Aditya says that there is no such problem. But Dharani can read him better than he knows. He complains about mosquitoes and asks if there’s a coil around. Dharani nods in agreement and goes out to bring a bowl of burning coal and adds betel leaves to it. He sees the mosquitoes running away and gets excited.

EXCLUSIVE: Here's A Sneak-Peak From The Sets Of The Latest Telugu Serial Radhamma Kuthuru