In the latest episode of Attarintlo Akka Chellellu, when Shivudu sees Dharani crying for Hamsa, he has a realisation. Read the full update here 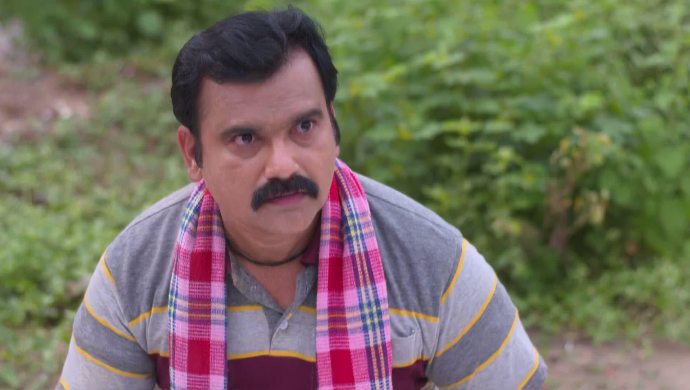 Earlier in Attarinlo Akka Chellellu, Vedavati and Vikram visit Shravani’s residence because Vedavati wanted to talk about Aditya and apologise for hiding the truth. Aditya-Dharani and Vikram-Shravani talk about sharing everything with each other and being honest. Godawari is upset again. Narayana and Shravani come to the conclusion that they will tell them about Dharani but not right away. Aditya goes off to work again and Shivudu takes this moment to take Dharani away.

In today’s episode, Dharani sees a person lying down on the road, unconscious. She tells the rickshaw driver to stop but Shivudu insists on going forward. Dharani goes out anyway. Shivudu calls Mallesh to ask him and come to take Dharani away. Dharani sees that it is Hamsa, who is bleeding profusely. She calls Shivudu and asks people to help her to take Hamsa to the hospital. Before they could leave, Mallesh arrives and tries to take Dharani away. But Shivudu sees his mistake and tries to save her by slapping Mallesh for real.

At home, Vedavati is still upset about the way the boy responded about his mother. Vikram tells her to stay calm and not feel so upset because the boy wasn’t Aditya. Vedavati tells him that she wants Aditya to know about how much they care about him. She tells Vikram that Aditya must know about all the property that they have kept for him. Vikram tells her that she does not need to do it because Aditya is not the person who will be bought or sold by money.

Vedavati goes inside her room anyway and searches for the file but she cannot see it. She comes out and tells Vikram about it. That’s when a servant comes inside the house with a file in his hand. Priyamvada is scared to see this and quickly tells the servant to go away. But Vikram asks him to give the file in his hand and sees the file. He shows it to Vedavati and she tells him that it’s Aditya’s file. They wonder how the important file went to the store. Priyamvada tries to save herself and blames it on the servants of the house.

Dharani lies in the hospital, donating blood for Hamsa. Mallesh tries to argue with Shivudu about why he let go of that golden opportunity. Although he had realised his mistakes, he does not tell them about it. Shivudu simply states that Hamsa needs to be saved right now and they can talk about it later.

High Stakes-Low Hopes! With Only 1 Day, What Will Happen To Mrudula In Ninne Pelladatha