Attarintlo Akka Chellellu 21 June 2019 Written Update: Aditya Gives Up All That He Loves

In today's episode of the TV show, Vikram explains why Aditya needs to see Dharani to the family. Read the full update here. 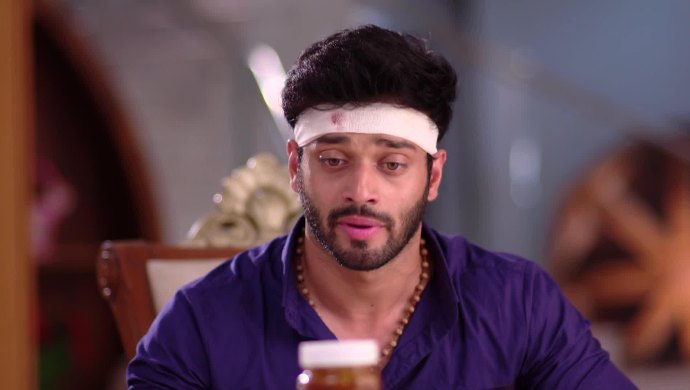 In the last episode of Attarintlo Akka Chellellu, we find that Aditya visits Dharani at her tailoring shop once again. On Vikram’s advice, he stays close to her and tries to forget her. But when Dharani injures herself, he panics and takes care of her. At home, Narayana and his wife had to bear the taunts and disrespectful behaviour of the lady don. They were desperately waiting for Shravani to get help from the police. Watch the full episode here:

In today’s episode, Aditya questions Dharani about his concerns. He asks her why he was feeling fear and concern when she was the one who was hurt and bleeding. Aditya himself concludes that it was only because of humanity. Just like the way Dharani took him to the hospital. Before she can say anything, he decides to leave. At home, Vedavati asks Vikram about Aditya’s whereabouts, since they two were last seen together.

Vikram explains that he has gone to meet Dharani on his counsel. Vikram tells his parents that maybe this way, their ‘Nani’ will be with them instead of dying without meeting and seeing her. Vedavati tells them that she is a mother, and so staying as strong as them is difficult. Meanwhile, Shravani brings the cops to her house. She tells them that goons have taken over her house and are refusing to leave until they are paid. The police officer assures her that he will make sure they plead to leave.

Upon reaching, the officer sees that the goons are Chamundeshwari akka and her men. He apologises for talking harshly and asks her how she was. Looking at their changed behaviour, Shravani tells them that she will report to higher authorities. The officer, his men and the goons laugh at Shravani’s naivety. He drops a word to the lady don about his promotion and takes his leave. Chamundeshwari tells Shravani that she has time until night to return her money. She scares them by saying that if she stays with her men for the night, their reputation will be entirely gone.

Vedavati is crying when Aditya returns home. Aditya tells Vikram that his trick has worked and they all move to the lunch table. Vedavati offers the new pickle of the season, something that Aditya loves. But Aditya asks her to keep the pickle bottle in front of him and refuses to eat it. When asked, he tells them that he is practising keeping things he likes in front of him and yet staying away.

Stay tuned for more updates. Until then, watch Maate Mantramu on ZEE5.

Watch Ram Potheneni And Rashi Khanna In Hyper, Raising The Level Of Entertainment, On ZEE5

No Forces Could Stop Mansi's Engagement In Ninne Pelladatha, What's Next Brahmini?