In the latest episode of Attarintlo Akka Chellellu, Dharani raises the right questions that would make her family think. Read the full update here. 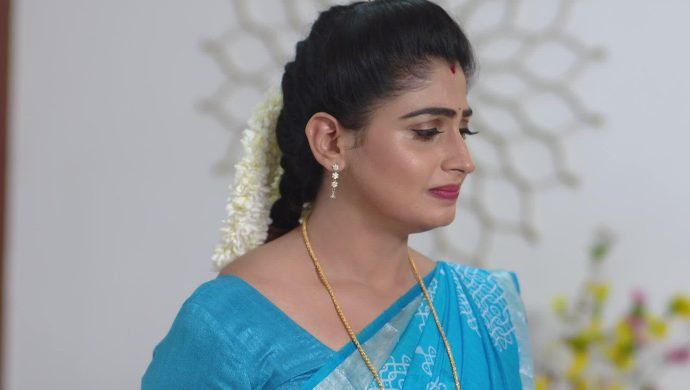 Earlier in Attarintlo Akka Chellellu, Dharani decides that Aditya should know about Priyamvada’s real side. She makes him angry, as a result of which he goes to Priyamvada to ask for medicines. Priyamvada understands Dharani’s motive and offers him medicines. When Dharani stops Aditya from taking the pills, Priyamvada yells out to everyone and blames her for slander. Even the doctor ends up supporting Priyamvada.

In the latest episode, Shravani starts scolding Dharani for ruining everyone’s reputation. Vedavati stops her and tells Dharani that she kept on ignoring the previous issues, but whatever she did to Aditya cannot be ignored. Dharani takes a moment and begins asking questions, she tells them that if they think about it they will find answers in the accusations itself.

Dharani clarifies that it was Aditya who kept chasing her, and she had the pettanam all to her self. Which means a few lacs of rupees would mean nothing to her. Vedavati and Vikram ponder over it. Priyamvada fears losing out on an opportunity again and starts demeaning her again. Dharani puts down the keys and tells everyone that she would rather not have the pettanam than to live with such accusations.

Vayuputra asses the moment and gives the keys to Priyamvada, putting an end to the discussion. Priyamvada comes closer to Dharani and tells her that there is a lot for them to talk. But that was her moment to celebrate, so she calls her partners. Shobhan Raju congratulates her and commends himself for this plan. Vedavati asks Vayuputra about his decision, but he doesn’t give any explanations. Hamsa, too, tells Dharani about Priyamvada’s prior moves and plans.