In the upcoming episode, Aditya goes to meet Dharani once again at her shop and tells her how he tried to forget her. 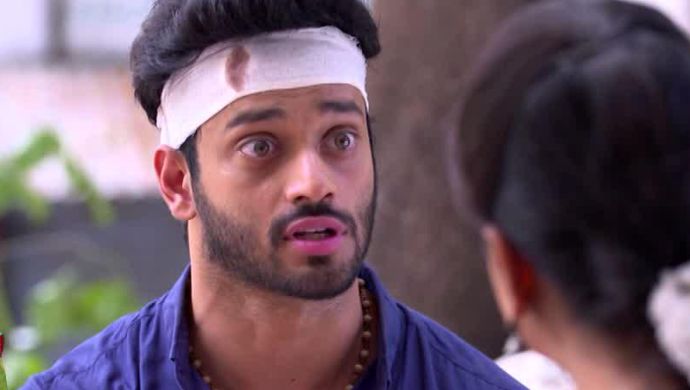 In the previous episode of the Telugu TV show Attarintlo Akka Chellellu, we saw that Shravani tried to deal with the goons who had arrived at her doorstep. But she failed to get them out of the house. Vikram told Aditya about how much their mother loves him and said that, as mom wants, he must stay away from the tailor. Aditya also started agreeing that staying with the tailor or thinking about her will do him no good. Later, Vikram told Aditya that the best way to forget a person is to meet them and make sure they don’t affect you.

Check out the snippet here:

In the preview for the episode airing on June 20, 2019, we see that Aditya goes back to Dharani’s shop. There, Dharani is already busy stitching clothes along with her master. Aditya walks in and greets the master first before dragging a stool and sitting in front of Dharani. He, then, tells Dharani that he has promised his mother that he will not think about, talk to or see her ever.

Aditya proceeds to demonstrate how he tried to forget her. He wears the rubber-band on his wrist again. The poor boy, whose wrist is already injured, pulls the band too tightly and ends up hurting himself again. He yells in pain and Dharani looks at him with pity. Keeping watching this space to know what happens next.

In the meantime, find more episodes of Rakhta Sambandham on ZEE5.

Watch Nithin In Action In The Super Hit Film LIE On ZEE5, Exclusively

12 Frames From Mr. Majnu So Beautiful You Cannot Resist Watching The Film