In the latest episode of Attarintlo Akka Chellellu, Priyamvada makes a move that causes Dharani's plan to backfire. Read the full update here. 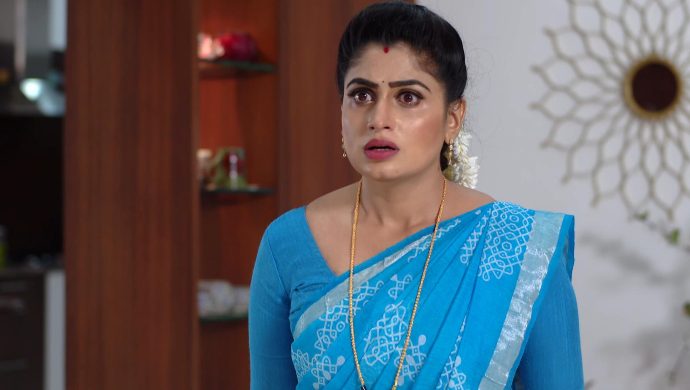 Earlier in Attarintlo Akka Chellellu, everyone expresses their disappointment in Dharani and walks away from her. Dharani tells Hamsa to meet Shivudu in the hospital and explains the reason behind her silence. Priyamvada tries to add more fire to the fuel, but Dharani assures that there will be a time when the tables will turn and she will have to face the consequence of her deeds.

In the latest episode, Dharani thinks that it’s time for Aditya to see the real face of Priyamvada, and decides to let him know about the medicines. Aditya comes back to Dharani and asks her to resume their lovers’ game. Dharani purposely pushes him away, and he goes to Priyamvada in anger to ask for medicines. Priyamvada understands Dharani’s move and promises to give him the tablets. In some time, Aditya gets it.

Dharani asks him to stop taking the pills and tells Priymavada to stop right there as well. She tells Priyamvada that nothing is a hidden secret anymore because she knows it all. She also adds that Aditya must know the truth about her well. Priyamvada starts acting out and yells loud enough for everyone to hear her. She blames Dharani for extreme slander. Vedavati and Vikram ask Priyamvada what is wrong.

Dharani refuses to tell them but reveals that Priyamvada had been changing Aditya’s medicines. That’s when the doctor walks in, and Dharani finds some hope. However, the doctor ends up supporting Priyamvada’s plan and it all backfires on Dharani. She cries as she finds herself in a dark spot.