In this episode, Priyamvada decides to keep Aditya out of the family for her personal gains. Read the full update here. 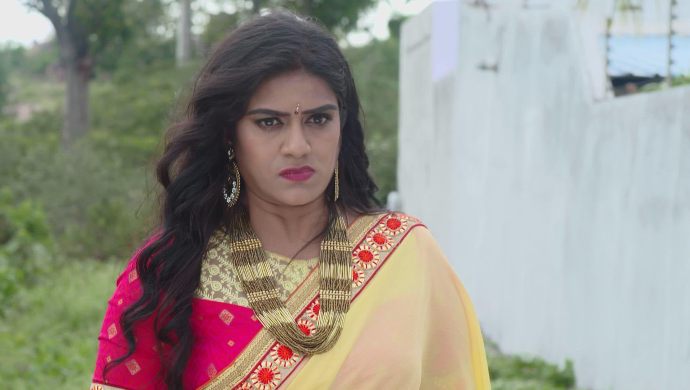 Previously in Attarintlo Akka Chellellu, Aditya brings bangles for Dharani from the money he earned by repairing a car. He makes her wear them and keeps staring at her. He even tells her that she looks like a doll. Shravani thinks of ways to get back at Dharani. Soon, she wonders about Vikram’s whereabouts and Priyamvada sees her call on Vikram’s phone. She thinks whether the girl calling Vikram and Aditya’s wife are the same or different people. She decides to find out before anyone else does. On the same day, the entire family leaves to find Aditya. The new couple finds themselves some odd jobs and keep each other happy.

In yesterday’s episode, Dharani returns from work with tiffin for her husband. She plays hide and seek with the sunlight as Aditya sleeps on the floor. The sunlight causes him to wake up and he sees Dharani standing in front of him. She offers the tiffin to him and Aditya brings up many questions. He asks how she brought food, did she go to work somewhere, did she go to make dosas at a food stall again? Dharani keeps quiet and tells him there’s nothing like and he must eat the food before it gets cold.

Aditya settles down and gobbles down the food. He tells his wife that she mustn’t be working, because he will do that and treat her like a queen. Dharani asks what work could he possibly do, and Aditya tells her that he can do anything that will pay him. Dharani smiles and thinks to herself that she cannot let a fragile soul like her husband, work hard. She will do the hard work and treat him the same way his mother did. Aditya’s family reaches the cops’ location and they all check the live drone footage. Suddenly, Vedavati spots Aditya.

She tells them to go back to where he was and the cops do so. They find him painting a wall and everyone goes running to the same spot, which was only 500 meters away. But when they reach, Aditya is nowhere to be seen. He had seen the drone flying towards him but did not pay much heed to it. Vedavati cries saying that she is so unlucky that even after spotting her son, he slipped from her hands. They assume that he must be somewhere around and scatter to find him. Vikram, Vedavati, Priyamvada and Vayuputra run together to find Aditya.

Midway, Priyamvada gets a glimpse of Dharani walking in the next lane, looking concerned. She is certain that it is Shravani — the lawyer who Vikram loves. She halts and asks her family to go ahead while she decides to take a detour. Priyamvada tells them that this would help them find Aditya. At one point, Vedavati cries out by yelling ‘Nani’ (Aditya’s nickname). Aditya is in the next lane and when he hears her, he proceeds to walk towards his mother. But he is stopped by Priyamvada. She tells him to decide if he wants his wife or his mother, because Vedavati, who has never denied anything to Aditya, refused to let him marry Dharani. That’s because she hates the girl (Dharani). Aditya buys into her story.

But originally, Priyamvada had taken a detour because she had seen Aditya too. Instead of telling her family, she decides to go there silently to ensure that her bigger plans are successful. Her plan is to make sure Aditya never returns home. She will tell Vikram that his brother married the love of his life and purposely ruined everything. And this way, she can keep Aditya out, get rid of the possible twin sisters’ drama and get Vikram married to her daughter.

Muddha Mandaram: 4 Reasons Why We Wanted Pedda Babu And Parvathi To Be Together Forever