In today's episode, Priyamavada tells Aditya that Vedavati does not like Dharani and she till take him away from her. Read the full update here. 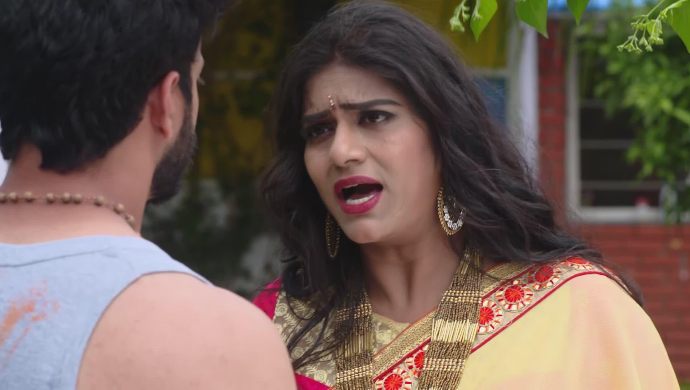 In the last episode of Attarintlo Akka Chellellu, Dharani brings food for Aditya and he tells her that she must not work. He promises to take care of her by working and earning. Dharani too thinks of working harder and ensuring that her pampered husband never has to work for anyone. Later, Aditya is spotted on the drone camera’s footage by Vedavati and the cops. Before they can find him, he disappears. Priyamvada finds Aditya and tries to brainwash him by telling him that he needs to choose between his mother and his wife because Vedavati hates Dharani, and would never accept her.

In today’s episode, Priyamvada tries to convince Aditya that Vedavati will not accept Dharani. The most she will do is take Aditya along with her and leave Dharani behind. She asks him to decide who he wants to be with — his mother or Dharani. Before Aditya can even figure out what to say, Priyamvada adds that she knows Aditya cannot live without Dharani. So, she suggests that he stay away from everyone in the family for a few days and not be seen by them. Sometime later, when their anger cools off, he can come home with his wife.

Aditya starts walking back to his shed and continuously hears Vedavati crying and calling out to him. He feels guilty and sad but keeps moving ahead. Vedavati tells her husband to do whatever it takes to bring her son back at any cost. The cops tell her to be patient and let them find Aditya. Dharani, who is looking for Aditya, sees him on the streets and calls out to him. But he is too lost in his thoughts. She tries to run but feels pain in her feet. Aditya hears her cry and runs towards her.

Dharani asks where he was all this while and Aditya tells her that he went to work and earn some money so that he could buy shoes for her. Dharani asks him to return home and not worry about the shoes. They go back to their shed and Aditya tells her about Vedavati. Dharani scolds him for being a cold-hearted person who hears his mother cry but doesn’t do anything about it. Shravani and Godavari revisit the incidents of the last few days.

Aditya tells Dharani that he doesn’t like it when someone scolds him, especially when he is eating. It angers him and he says he will starve himself and refrain from talking to anyone. Dharani first says that he has been pampered too much and that’s why he needs to be scolded, but then tries to cool down his anger. As if telling a story to a child, Dharani gets Aditya to come close to her and have food.