In today's episode, Aditya starts his new job but he has to convince his wife to not worry about him as he will be safe. Read the full update here. 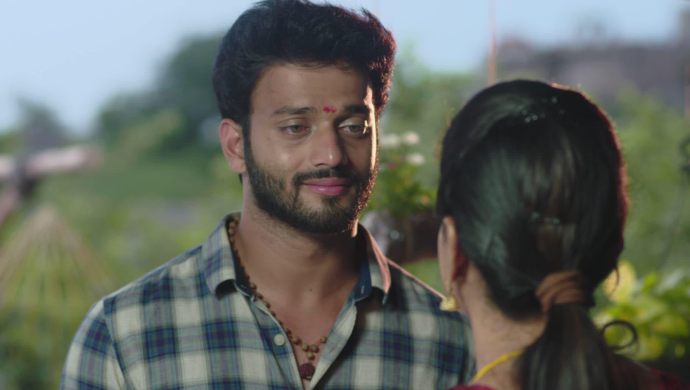 Earlier, in Attaritlo Akka Chellellu, Vedavati becomes weaker — emotionally and physically. She has lost hopes since the Kalabhairava baba told her about death surrounding Aditya’s life. She earlier wanted him to come back home, but now she wants him to stay alive. Dharani helps a few women in her area to get hold of a petty thief who has been snatching jewellery. When she returns home at night, she does not see Aditya and goes looking for him. Aditya returns in the meantime and asks about her delay. They have a small fight but Aditya finds a way to reconcile.

In today’s episode, Aditya tells Dharani that he is hungry and she thinks of all times when his hunger has been the ice breaker in tough situations. She tells him to wait as she goes inside the house for dinner. The next morning, Narayana confirms a time to the boy’s family about their meeting. Shravani leaves for work but is stopped by Narayana. Shravani tells him that she will be back before they come but she has to leave for work right now.

Aditya tells Dharani to lighten up her face as she bids him farewell on the first day of his work. She asks if he really wants to go to work because Dharani can handle the house on her just fine. But Aditya insists that the rule of the land demands him to be working and she can rest at home. He claims that he will be alright and she can relax. As Aditya leaves, Dharani calls him and applies some kumkuma on his forehead. She tells him that a certain fear has been creeping up because he is going out. Aditya asks her not to worry and leaves.

Vedavati gets started with the mrityunjaya homam and the Kalabhairava baba comes and lights a deepam. He tells her that the deepam must keep burning till the homam is completed. But if that gets extinguished, Aditya’s life will be in danger. Priyamvada butts in with her unnecessary questions and tells them that air might extinguish the deepam. Vikram tries to stop her but she goes on and on about not believing in the holy rituals. Vayuputra apologises for his sister’s behaviour but the Kalabhairava baba tells him to remain unaffected.

The baba goes close to Priyamada and Vedavati. He keeps burning camphor on each of their hands and waits until it burns out. Vedavati closes her eyes and bears the pain without flinching. But Priyamvada keeps yelling and asking for help. The baba tells Priyamvada that it is the difference between belief and doubt. Vedavati believes in the holy strengths and so she remained unaffected. Later, Narayana comes home and looks for Shravani. He does some deductions and realises that she isn’t home yet. Eventually, Godavari gives him a lecture about loving both her daughters equally.

Shravani waits on the way to stop the boy and his family from coming home. She wonders how much they must have liked her despite seeing an old photograph. That’s when a car arrives in front of her and she stops them. First, she gets down and tells them to drive safely. Then she asks them why they were in such a rush and the boy’s father tells Shravani that they are going to meet a suitable match for their son’s marriage. She asks who the girl was and he tells her that it is Current Narayana’s daughter.

Shravani, who is wearing oversized sunglasses to cover her face, asks them whether it is the elder daughter or the younger one. When the boy’s father tells her that Narayana never mentioned having two daughters, Shravani decides to leave. But he goes after her and asks her to tell the story and not leave them hanging. That’s when she narrates Dharani’s wedding story and tells them to be careful. She tells him that it is possible that they are trying to marry off the younger one because they did not approve of her eloped wedding.

Kalyana Vaibhogam Weekly Recap: Nithya Threatens Doctor To Play Along With Her Story