In the latest episode of Attarintlo Akka Chellellu, Dharani dresses up as Shravani to get inside the guest house. Read the full update here 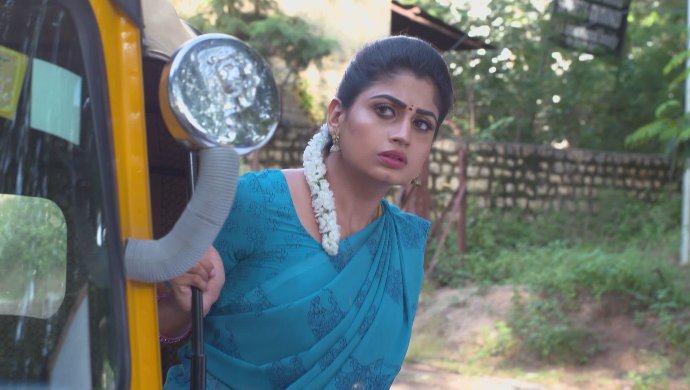 Earlier in Attarinlo Akka Chellellu, F2 tells Dharani everything about Vayuputra and Sashikala’s pharmaceutical war. Dharani thinks about how she can help this situation. Hamsa and Shivudu tell her to be hopeful and Aditya sees this. He starts taunting them and leaves home again. Hamsa forces and so, everyone prepares for Deepavali. After her prayer, Dharani imagines that Aditya has come to apologize but soon he comes home, for real. He starts taunting again and when Hamsa tries to defend Dharani, Dharani tells her to stop and taunts Aditya instead.

In today’s episode, Dharani tells that she doesn’t want to celebrate Diwali. Aditya tells her to not do anything for him or else he will have to bear the brunt of it later. He brings firecrackers and gives it to them. Hamsa tells Dharani that although upset and angry, Aditya cannot hurt her. When Shivudu asks Aditya to join them in bursting firecrackers, Aditya denies it. Hamsa uses reverse psychology and tells him that maybe Aditya is afraid and that’s when wouldn’t join them.

Hamsa and Shivudu see Dharani getting into Aditya’s car and ask if they have reconciled. Dharani tells that there is nothing like that but she needs to meet her sister urgently. She couldn’t reach Shravani on call because Shravani does not want to have any connections with her. Aditya sees Dharani near his car and decides that he shouldn’t drop her anywhere. When Hamsa compliments him for looking good, he tells her that he is extremely happy and that’s why it’s reflecting in his outlook.

Aditya and Dharani try getting into the cab at the same time. But Aditya talks to Hamsa and asks her to get away from her car. Hamsa and Shivudu try to make him understand but he continues to be stubborn. And he even taunts Dharani to be selfish and drives away. Dharani decides to call F2 and help her. She asks him to drop her at the court so that she can tell her sister about the warning that Sashikala gave her the other day.

Dharani makes her way to the court and gets mistaken for Shravani. She hears the lawyer talk to Priyamvada and eavesdrops the conversation. It helps her understand that Priyamvada is mixed with the minister’s wife in taking down her in-laws. She tells F2 to follow the lawyer’s car. He goes to a guest house and Dharani, F2 maintain some distance. Inside the guest house, the lawyer affirms Shashikala that Priyamvada will come running towards them. Dharani understands that they all met secretly to discuss the plan.