In today's episode, Aditya agrees to quit talking to and thinking of Dharani and more. Read the full update here. 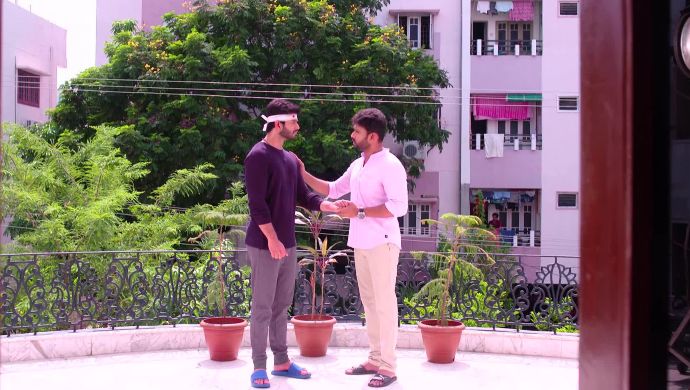 In the last episode of the Telugu TV show Attarintlo Akka Chellellu, we see that Shravani questions Dharani. She asks him about her feelings for Aditya but Dharani denies. On the other hand, Aditya tells his family about how good Dharani a.k.a. his tailor is. But they all try to keep him away from Dharani. Vedavati yells at Aditya for thinking about her so much. In all of the problems, Shankaraiyya is excited to take Dharani to the temple on his birthday.

In today’s episode, Vedavati’s husband explains to her that Aditya needs to be handled differently. Instead of yelling, she must speak to him softly and he will understand. In the meantime, he sends Vikram to be with Aditya. He explains to Aditya about how their mother isn’t angry, but is concerned. Vikram also tells his ‘Nani‘ about how much he means to his mother. Aditya decides to respect his mother and forget about Dharani.

The next morning onwards, Aditya talks to himself about ways to forget Dharani. But despite that, he keeps remembering her more and more. That’s when he decides to use the childhood trick to stop being distracted by Dharani. He wears a rubber band on his wrist and pulls it. This keeps hurting him. But Aditya thinks that it is the best solution.

Vikram finds Aditya doing such stupid things and explains to him that love is also an addiction. He tells him that he must keep meeting her but learn to not let her affect him. And that’s how he will forget her. Aditya asks if Vikram has ever fallen in love and Vikram starts blushing. Aditya asks for a picture and Vikram opens his phone to show Shravani’s image. But he stops. He tells Aditya that his love is one-sided and he can only show the picture when she accepts him.

Meanwhile, the newly-wedded wife of a local mafia leader, Manik anna, comes to Narayana‘s house. She demands that he pay off the two-year-old loan immediately. When Narayan refuses, she walks inside the houses and states that she will not leave until she gets her money. Shravani tries to stop her but Chamundeswari Akka, as she is called, pushes her away. The lady don tells everyone that she doesn’t care where the money comes from, as long as it’s the entire amount. To know what happens next, stay tuned to this space.

For more family drama, check out the latest episodes of Kalyana Vaibhogam on ZEE5.