In today's episode, Priyamvada decides to take a look at the tenants on their site and finds out that Aditya stays there. Read the full update here 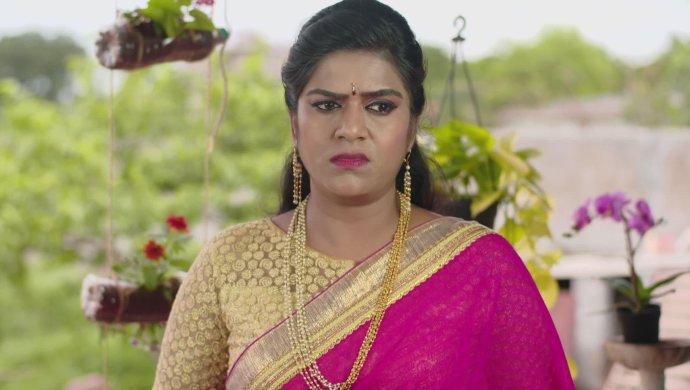 Earlier, in Attaritlo Akka Chellellu, F2 dashes his autorickshaw into Mallesh’s bike and he comes with Yadagiri to bully F2. Aditya tries to get down but Dharni stops him because she had seen them. Shivudu talks to Saiydamma and then meets Aditya and Dharani in the hallway of the hospital. Shivudu offers the couple to meet his sister. But Hamsa asks them to go home straightaway. Vikram and Shravani are about to leave for home when a beggar with Aditya’s photo sees them. Both of them decide to stay mute about Aditya and leave. Vayuputra asks Priyamvada to check on the people staying on their site.

In today’s episode, Aditya is watering the plants and Dharani asks him to stop it and avoid stressing his leg. Aditya says it’s okay but Dharani reminds him that he is spilling more water on himself than the plants. Priyamvada is frustrated because Vayuputra commanded her to go to the site. She decides to go anyway and finds Aditya and Dharani there. She wonders if they that the site belongs to them but also thanks her stars for bringing her to the site.

Priyamvada sees Dharani is reminded of all the times they had an encounter. Priyamvada’s face changes to hatred but she tries to greet them with a smile. Aditya thanks her for coming to meet them and asks Dharani to cook for all of them. Priyamvada offers to cook because that’s the least that she can do to prove her fondness for them. They all eat lunch together and Priyamvada excuses herself a moment when the maid calls her. The maid informs that Vikram and his girlfriend will be coming home soon.

Priyamvada wonders how the girl plans on going to their house with Vikram. Dharani and Aditya complete their lunch and come outside to wash their hands. Dharani bids goodbye to him because she had to be at work. And that becomes Priyamvada’s que to connect the dots. She thinks that Dharani will leave from here, meet Vikram midway and meet his parents. Priyamvada says goodbye to Aditya and tells Dharani to be careful while ‘managing everyone’ and everything.

While leaving for home, Priyamvada gives a phone to Aditya and asks him to call whenever he felt like talking to someone. She plans to test Dharani when she is next to Vikram.

Kalyana Vaibhogam: What Will Swaroopa Do To Bring Nithya Out Of The Suryadevara House?

Revealed: THIS IS The Person Behind The Shadowy Man Threatening Murali Krishna