In today's episode, Shravani questions Dharani and her intentions. She plans to marry her off to Shankaraiyya at the earliest. 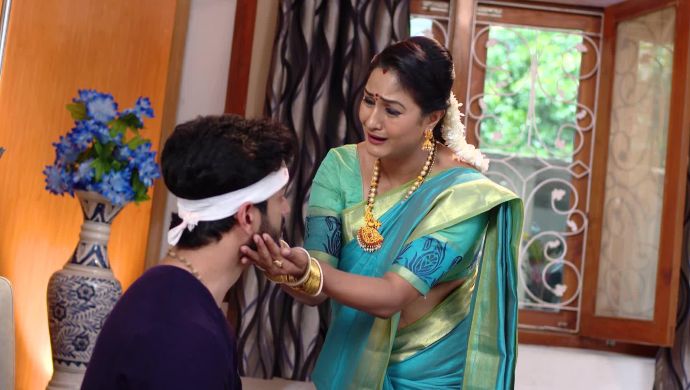 In the last episode of the Telugu TV show Attarintlo Akka Chellellu, we saw that Dharani’s parents yelled at her. While her father continued to call her dirty things, Shravani defended her stance in helping Aditya. In the hospital, Aditya revealed everything about the accident. Her mother and elder brother Vikram tried to take control of the situation by lying to him about Dharani’s presence in the hospital. Check out what happens in the latest episode:

In today’s episode, Shravani takes Dharani out of the house at night and asks her about real intentions. She asks Dharani if she has or has had feelings for Aditya at any point in time. Shravani backs her question by saying that developing emotions for someone who likes you is a common thing. Dharani understands her real intentions and denies having fallen for Aditya.

Aditya gains consciousness for some time at home and asks for his tailor’s whereabouts. Everyone in the family tells him that she wasn’t there to see him. Due to the heavy medicines, he falls asleep again. His mother, Vedavati, tells family members to hide the fact the Dharani had saved him. When asked why, she explains that attachment to Dharani has been a trigger for Aditya.

The next day, Shankaraiyya calls Dharani on her cellphone which Shravani picks up. After speaking to him, she hands over the phone saying ‘Dharani, it’s your boyfriend’. Dharani trembles to think that the call could be from Aditya. She answers and hears Shankaraiyya’s voice. He invites her to visit the temple along with him, on the occasion of his birthday. She tells him that she will ask for permission from her mother. But Shravani tells Dharani that it is alright if she wants to go out with him.

Aditya feels better and asks about the person who admitted him in the hospital. Without any ill intentions, the nurse reveals that it was someone called ‘tailor’. Aditya gets excited to know that it is Dharani’s blood running through his veins. This affects Vedavati, who yells at him and asks him to stop thinking about Dharani. When he asks for an explanation, she tells him that his tailor is doing him no good and he should stay away from her.

For more entertainment, watch the latest episodes of Ninne Pelladatha on ZEE5.