In the latest episode of Attarintlo Akka Chellellu, Priyamvada uses the surety papers signed by Vikram against Dharani. Read the full update here. 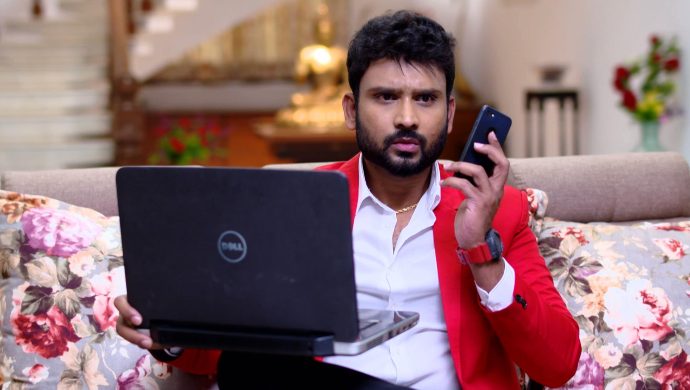 Earlier in Attarintlo Akka Chellellu, Priyamvada continues to slander Dharani when she gets annoyed and gulps down the milk. Nothing happens to her, and Dharani walks away by dropping a sly warning to Priyamvada. She thinks about how big of a problem she got rid of by changing the glass of milk. Priyamvada taunts Hamsa for having helped her, but Hamsa makes her realise that she couldn’t help anyone. Dharani shares everything with F2 and decides on finding out the phone number that Priyamavda video calls for Shivudu’s location.

In the latest episode, Aditya asks Dharani if she found his phone. She asks him to think about where he lost and makes him realise that he left it in the car. Aditya finds it in the car but does not find the keys to open it. So, Dharani asks him to borrow Priyamvada’s phone instead. Aditya takes her suggestion and goes to Priyamvada, he threatens her and takes the phone away.

In their bedroom, Dharani tries to take the phone away from Aditya, but he wouldn’t let it go. That’s when she tries to get closer to him, she kisses him in order to take the phone, after many attempts, she succeeds. Dharani quickly copies the phone number to her phone. Aditya, who was still in the shock, tells her that he cannot concentrate on the phone anymore and returns the kiss – by stating that his mother taught them to always return whatever they took.

F2 and Dharani meet outside, dressed in a uniform, call on the number. Dharani offers them free pressure cookers and convinces the rowdy in taking it. He also sends the location to them. Priyamvada tells whatever happened with Vedavati and Dharani. Shobhan Raju gets annoyed by her and asks her to use the surety papers. That’s when Vikram gets a call from the banker, who informs that the people he gave surety to have conned them and seized the money.