In today's episode, Aditya and Dharani find jobs for themselves. Read the full written update here. 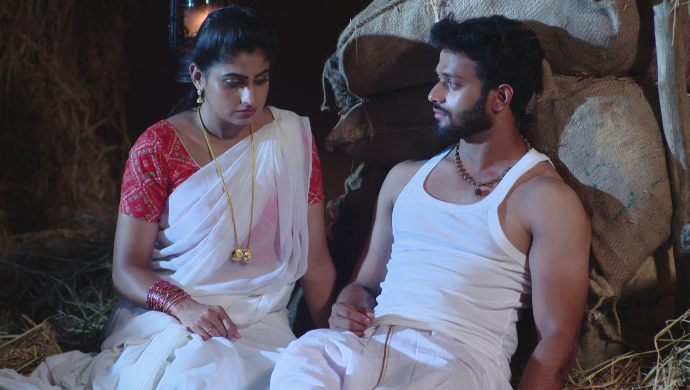 Previously in Attarintlo Akka Chellellu, Aditya gets rid of the cop by applying grease on his face. Just as Dharani proceeds to tell the cop the truth, he drags her out of the place. They go back into their shed and Dharani offers new clothes for Aditya to change into. But he gets mesmerised looking at her. He sits her down and gifts her bangles. At home, Godavari slaps Shravani and tells her that Shankarayya told her everything. Shravani spills out her hatred for Dharani and Godavari is shocked.

In today’s episode, Aditya praises how beautiful Dharani looks with the bangles on. He continues to compliment her but Dharani starts crying because she thinks that she is undeserving of such love. She asks him how he got the bangles and Aditya tells her that he was paid money for repairing the car sometime back. Dharani is happy to have a man like her husband and lets out a smile, for all that he has been doing for her. After some romantic talk, Aditya gets up and explains his difficulty in wearing the pancha and Dharani helps him.

Shravani keeps thinking to herself about ways to get back at Dharani. This time, she concludes that she must be more careful now that Aditya is by her side. Shravani tells herself that she must be the only one to live like a queen amongst the two and starts wondering why Vikram had not texted or called her in three days. She calls him but there is no response. Not Vikram, but Priyamvada sees the phone ring. She tells Vikram that his lover had called and its a high time to tell everyone in the house about their relationship.

Vikram, who has just stepped out of his room, is annoyed to hear this in the midst of the stress that is caused because of Aditya. Priyamvada tells him that the problem with Aditya is also a girl and hence, they must stay cautious. She asks if he refers to the girl as ‘tailor’ or ‘lawyer’. Vikram tells her that she is a professional lawyer and this puts Priyamvada in thought if the two girls are different or the same.

At night, Aditya ends up sleeping on Dharani’s lap peacefully. Although a little hesitant initially, Dharani runs her hand through his hair as he sleeps. The next morning, the cops update Vayuputra that someone in the Uppal area has spotted Aditya around and they are using drones to search for him. Dharani sets out to work at yet another Dosa stall. She works through the afternoon and takes leave, along with a parcel for her husband.

Like This Tejaswi Madivada Look? Get It For Your Saturday Night Party