In the latest episode of Attarintlo Akka Chellellu, Aditya calls Mata Ji to thank her for not answering his call earlier. Read the full update here. 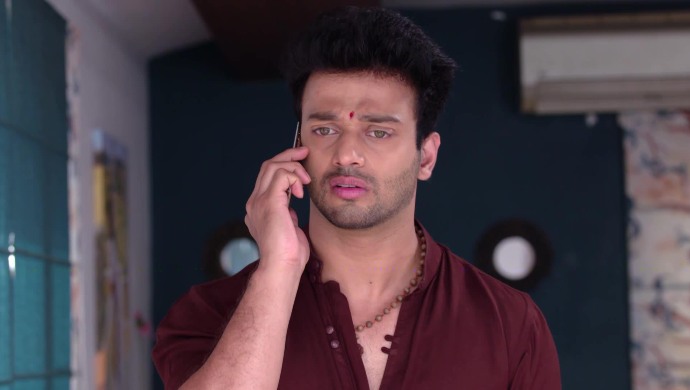 Earlier in Attarintlo Akka Chellellu, Aditya comes back home and ruins the day for Priyamvada. He asks for an apology to Dharani, who feels happy that he found out the truth. Dharani warns Priyamvada and Shobhan Raju scolds her. Later, Dharani asks for his help in finding out the problem between Vayuputra and Priyamvada. They also decide on pretending to be rude in front of others.

In today’s episode, Dharani tells Aditya that they can have code words, where ‘Get Out’ would equate to a hug and ‘Shut Up’, to a kiss. Aditya repeats this and tells Dharani that he’s checking if it works well. When Dharani comes close to him, he does not let her go away. But Dharani asks him to have some patience and goes to prepare their dinner. Shobhan Raju calls his man and asks him to keep a check on everything happening in Vayuputra’s company.

Shobhan Raju also tells the man to find more people who could contribute to his big victory, selflessly. Aditya calls Mata Ji and Dharani wonders what he was up to. She answers the call and Aditya thanks her for not answering it the previous time, because of which he learned all the truths about Dharani. Dharani acts as Mata Ji and tells him that few things he needs to learn himself. Then, Aditya asks about his first night. And Mata Ji says that it’s for them to decide.

So, Aditya goes to Dharani and brings out his most romantic self. He asks Dharani for her opinion, and she blushes as she agrees to his idea. Aditya picks her up and swirls her around in the kitchen. He leaves excitedly and Priyamvada notices this. She wonders how can she stop their first night. Priyamvada rushes to her husband and asks him about her daughter. He first scolds her and then reveals that she has been raising Shobhan Raju’s sister’s daughter.

Shobhan Raju explains that this was his way of taking revenge, for the way she insulted his sister and her social status years ago. Priyamvada begs him to bring his real daughter to her. Shobhan Raju tells Priyamvada that he will reveal whatever he wants to share, whenever he wants to. Vikram goes to Shravani and talks about their honeymoon once again. So, Shravani suggests placing a bet. They switch their roles and Shravani tries to woo Vikram, who tries hard to control himself.