In today's episode, Dharani saves her sister from Saiydamma and apologises to Shankarayya for breaking his heart. Read the full update here. 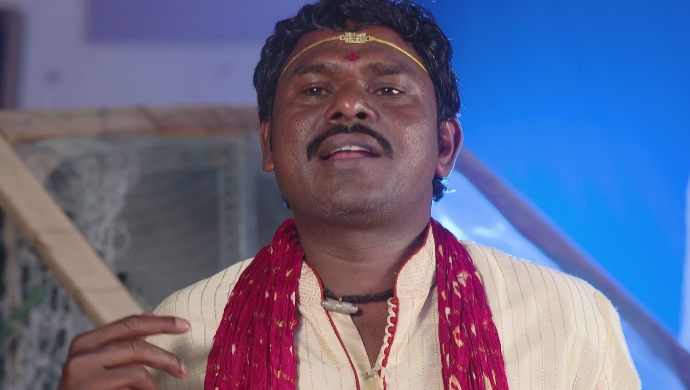 Previously in Attarintlo Akka Chellellu, Dharani cries in her mother’s arms for having to such bad day. Godavari tells her that by marrying Aditya, the bad days will be gone. She packs a bag of clothes for Dharani and she leaves. On the way, she meets Mallesh and her men. They tell her that Shravani has been held hostage by Saiydamma and Dharani has one chance to save her sister. Dharani gives in to their pressure and goes along with them. But Shravani taunts her saying that Saiydamma must let Dharani go, since she has married the man she likes, and do whatever she wants to do with Shravani instead.

In today’s episode, Saiydamma tells the sisters to stop quarreling. She tells them that she did not kidnap one and bring the other to take their permission. But she has got them to take back what was promised to her. Dharani stays quiet. Next, Saiydamma walks towards Dharani and tries to snatch the mangalsutra from her neck. This makes Dharani furious, yet she politely tells Saiydamma to let her mangalsutra be. Saiydamma does not listen to her but Shankarayya comes to stop his mother. When she tries to push him away, all three of them fall — Dharani, Saiydamma and Shankarayya.

Saiydamma orders her boys to snatch the mangalsutra from Dharani and Yadagiri proceeds to do that. But Dharani picks up a piece of broken glass from the floor. She stabs it on Yadagiri’s torso and stands back up. Mallesh tries to attack but is scared to even look at her as to him, she appears like a goddess, with her hair open and wide, angry eyes. Next, Dharani takes Saiydamma under her control by placing the glass on her neck. On Dharani’s orders, Saiydamma tells Shankarayya to let Shravani go and he follows the order.

Dharani tells Shravani to leave and not worry about her. Later, Dharani apologises to Shankarayya for breaking his heart. But he tells her that she looks better with Aditya and he isn’t sad at all. Dharani walks away and meets Aditya, who is panicking. She holds his hand and says nothing. Aditya tells her to never leave him and they start walking together. The police sent by Vayuputra (Aditya’s father) cross Aditya but they miss him as he is busy trying to fix a car.

This Long Weekend, Take Some Travel Inspo From Pooja Hegde And Head Out