In the latest episode of Attarintlo Akka Chellellu, from wrong medication to fake allegations, Aditya finds out the truth. Read the full update here. 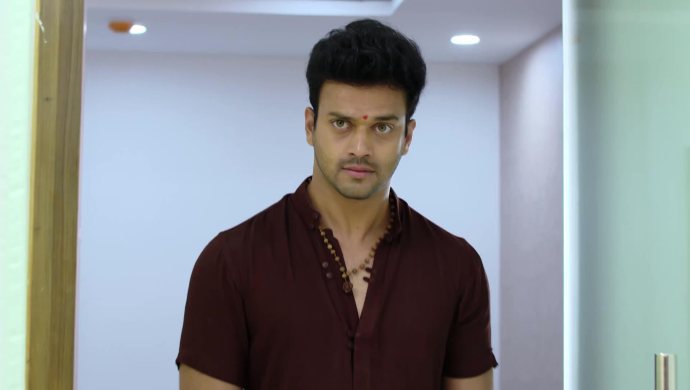 Earlier in Attarintlo Akka Chellellu, Priyamvada checks if Dharani remembers anything that happened the night before. When she acts to be surprised by the marks on Priyamvada’s body, Priyamvada goes on to challenge her. Priyamvada asks Dharani to find herself a way to stay in the house or else prepare to be kicked out. Shobhan Raju finds out that Priyamvada has made Aditya more outrageous towards Dharani. Later, Aditya stops upon seeing a Koya woman.

In today’s episode, Aditya steps out of his car and takes blessings from the Koya woman. When he turns close to his car, Aditya hears his accountant talking to someone on the phone. That’s when he remembers that Dharani had taken the accountant’s help in settling money for her parent’s new house. So, he goes to him and scolds for falling so low. But the accountant ends up revealing about Priyamvada’s plan.

Aditya gets back into the car and drives home. On his way, Aditya thinks about how Priyamvada diverted all the fake allegations towards Dharani. He goes home and sees her in pooja, Priyamvada asks why he had come home. Knowing everything that she had done, Aditya slaps Priyamvada multiple times. Priyamvada says and believes that Aditya was slapping her because he couldn’t touch Dharani, at that moment. Before exiting the house, Aditya slaps her a few times again.

Aditya leaves home again wondering if Priyamvada was the one who changed his medicine. So, he goes to the hospital but the nurse tells him that the doctor was on leave. He comes out, but that’s when he thinks about who was treating the patients if the doctor was absent. Aditya goes back and barges into the doctor’s cabin. That’s where he finds the doctor talking to Priyamvada about how he was managing the situation. But Aditya hangs up the phone and slaps him. Aditya returns home.

Nagendra Babu Is All Set To Entertain You With Comedy, Drama And Celebs With…