In the upcoming episode, Vikram thinks of ways to hide the family pic so that Shravani does not see Aditya. Read more about it here 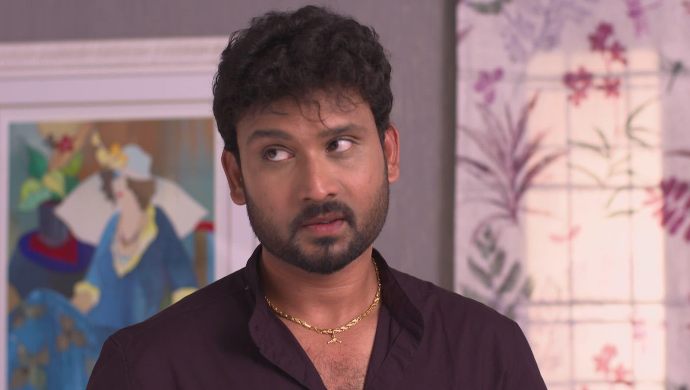 Earlier, in Attaritlo Akka Chellellu, Saiydamma tells Mallesh and Yadagiri about her lost brother. She tells that only he can bring Dharani and Shankarayya back home. And he would come only when he dies, so, Saiydamma mixed poison in her food and pre-prepares the things that would be needed for her funeral. Dharani sits patiently as Aditya and F2 discuss possible business ventures for themselves. Vikram proposes Shravani for the wedding and she says yes after taking her time to playfully tease him.

In the preview, Vikram brings Shravani home because Vedavati and Vayuputra had been insisting for a long time. After meeting and greeting them, the parents ask Vikram and Shravani to go into Vikram’s room. There Vikram sees that a family photo hangs behind Shravani. But since he does not want to tell her about Aditya and his eloped wedding yet, he wonders how to get rid of it.

5 Ways To Grieve Like Your Favourite Kalyana Vaibhogam Characters