In the latest episode of Attarintlo Akka Chellellu, while Aditya goes out to set his wife right, Dharani finds a solution. Read the full update here 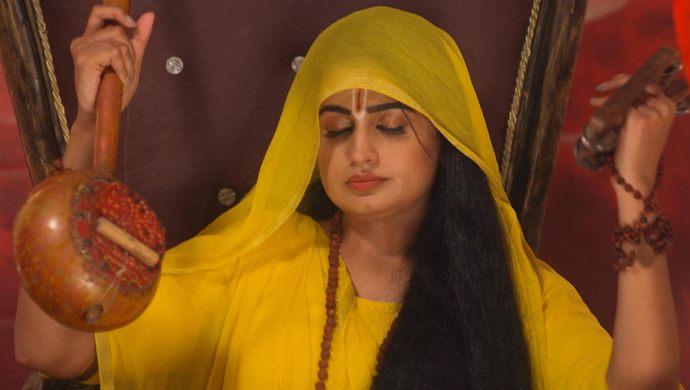 Earlier in Attarinlo Akka Chellellu, Dharani warns Aditya to be cautious on the wet floor. But he slips anyway and Dharani falls too while trying to save him. Aditya taunts her for being too heavy while she reminds him that she is the same person who he picked up and ran while eloping. Shravani tells her parents about Dharani’s visit to the court and understands that she and Godawari were connected in this episode. Narayana is furious to know and he slaps his wife and asks her to get out. But Shravani tells him to let her be in the house until she is married happily. Dharani, F2, Hamsa and Shivudu see Aditya going into a temple and decide to follow him.

In today’s episode, Aditya goes to the Swamy ji and asks for ways to change his wife entirely. The Swamy Ji happens to be a fraud and tries to extort some money out of Aditya. But the latter gives him only Rs. 20. This upsets the fraud Swamy Ji and he pretends to help Aditya. He asks him to close his eyes and pray to his favourite god while he tries to connect to the Mata Ji. Dharani understands his plan and asks F2 to call him. He shows a note of Rs. 100 but the  Swamy Ji refuses to come until Dharani shows Rs. 500.

The fraudster comes close to Dharani and Hamsa hits him for trying to sham Aditya. Dharani tells the fraud Swamy Ji to call on the phone number that she gives him. The Swamy Ji does as instructed and Aditya asks if Mata Ji’s have phones too. The Swamy tells Aditya to focus on his problem instead of intruding. Dharani tells F2 to arrange for a temple set-up where Aditya would visit them. She also instructs that all of them will have to change their attires.

Shravani meets Vikram in a cafe and taunts him for not giving her time or thinking about their impending wedding. He assures her that the next step is their wedding, once the board meeting is sorted. When Shravani enquires, Vikram explains the situation of the board meeting and the rivalry with the minister’s wife, who was jailed by Shravani. Shravani is disheartened to know about the 42% shares that Aditya holds but tells Vikram to have faith and the best would happen for him.

Aditya halts at a place and calls on the number given to him. Dharani picks it up and addresses him as Aditya. He is shocked to hear this, Dharani aka the Mata Ji tells Aditya that she knows his monicker, his love story and the problem. Once Aditya reaches, he wonders how similar Mata Ji looks to his wife. Shivudu, dressed as an old man, explains that people see the person they love in her, all the time. Shivudu adds that he will find everyone else to be similar to other people in his life too. They all chant, “Jai Mata Ji’.

Neither Either Really Dead aka NERD on ZEE5 Is A Murder Mystery That Isn't For The Weak Hearted! Watch Now

Children's Day Special: 6 Films You Should Watch To Rekindle Those Childhood Emotions