In the latest episode of Attarintlo Akka Chellellu, Priyamvada feels proud of her move, of planting more seeds of doubts. Read the full update here. 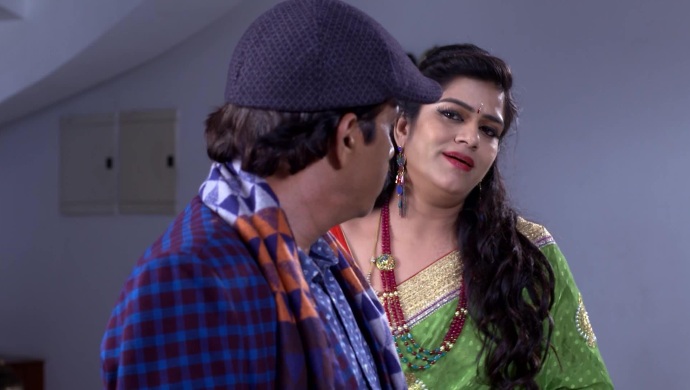 Earlier in Attarintlo Akka Chellellu, Vikram and Shravani talk about many things including their honeymoon and the allegations on Dharani. Shravani affirms that Dharani could go wrong, but cannot be a thief. She also tells him about the things that Dharani did for their company. Dharani wakes up to remember how she tackled the problem. Shobhan Raju beats Priyamvada upon knowing that she failed again. Vikram asks Dharani to perform the pooja.

In today’s episode, Priyamvada asks the maid to hold on to applying the balm when she hears Dharani singing devotional songs. She goes out and wonders why she was doing the pooja. Priyamvada recollects everything that happened the night before and wonders how to deal with Dharani. That’s when Dharani looks up at Priyamvada and asks about the marks on her body. Priyamvada assumes that she does not remember anything and goes ahead with her bossy attitude.
Priyamvada challenges Dharani to find a way to stay in the house because she is all set to have her kicked out. That’s when Aditya also leaves home. Priyamvada takes this opportunity and tells Dharani that Aditya was leaving because he couldn’t look at her anymore. Dharani takes a pause and laughs it off. She tells Priyamvada that it isn’t a good idea to mess with the goddess herself. Priyamvada considers this as an acceptance to her challenge and moves on.
Shobhan Raju sees this and asks Priyamvada if she had lost her mind. But Priyamvada talks confidently and assures that she will succeed in this plan without anyone’s help. Shobhan Raju wonders where she found this confidence, and Priyamvada remembers how she planted more seeds of doubt and hatred in Aditya – by telling him about the various other allegations on Dharani. Aditya drives out of the house, to contemplate his rage and Dharani’s behaviour. That’s when he sees a Koya lady and stops his car.
Read the full written update for the previous episodes here. Watch more episodes of Attarintlo Akka Chellellu on ZEE5, before it airs on TV.
Don't Miss

Kailasapuram Trailer: Get Ready For A Gruesome Chase Against Drugs In This ZEE5…