In the latest episode of Attarintlo Akka Chellellu, the lawyer finds a way to get Shravani unconscious & steals the gold bangles. Read the full update 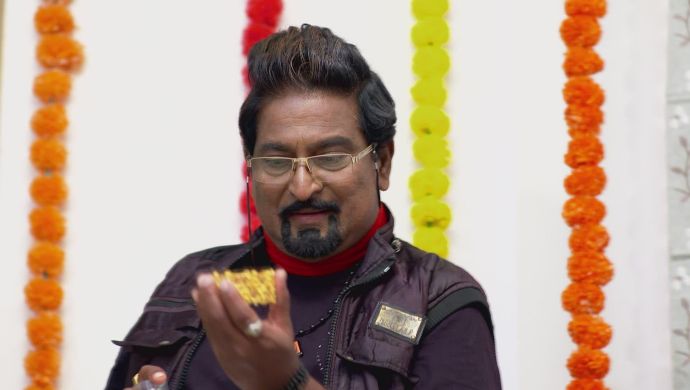 Earlier in Attarintlo Akka Chellellu, Narayana and Godawari come home for the wedding. Vedavati greets them, calls Shravani and introduces them to Dharani. Dharani takes this opportunity and takes her parents’ blessings. Shravani is unhappy to see them, but she gets excited when Vedavati gifts her gold bangles as a part of the wedding rituals. She takes her parents to her room and they all end up arguing about Dharani. Dharani meets Aditya, who seems happy at one moment and turns furious  the next.

In today’s episode, Aditya tells Dharani that she is selfish and she brought him here because she wanted to be close to her family. He accuses her of using him for her needs. Aditya asks her to get out immediately. Hamsa tries to talk but Aditya shuts her down. Aditya starts breaking things in the bedroom and throws Dharani’s suitcase for her to take along. Dharani takes it and starts walking out. Hamsa tells her to stay back, else all her efforts will go waste. Dharani explains that she came here to solve problems but if it adds to the misery, then she should leave.

Dharani tells Hamsa to stay back and keep an eye on Priyamvada. Because she might have something to do with the sudden change in his behaviour. Priyamvada overhears them and goes to meet the lawyer. He explains about his new plan, a weird spray, and promises that it will work. Priyamvada does not believe him until he sprays it around her and she starts feeling dizzy. He leaves her there and goes to Shravani’s room, who is already asleep, and picks up the gold bangles that Vedavati gave her.

After waking up the next morning, Shravani wonders why would anyone wear bangles while sleeping, because it is uncomfortable. She goes through her morning routine and finally picks up the bangles that go well with her saree for the day. That’s when she finds out that the gold bangles are missing. She tries to search for them in her room but fails to find and starts panicking. Priyamvada comes into her room and tells Shravani to meet Vedavati downstairs, immediately.

Shravani tries to cover up. But since Priyamvada has the bangles, she insists Shravani on joining her immediately. Finally, Shravani covers her forearms with the saree and walks out of the room. Priyamvada calls out to Vedavati and tells her that Shravani is here. But to everyone’s surprise, Vedavati says that she never called Shravani. This makes Shravani doubt Priyamvada.

Sugar, Spice And All Things Nice! Meet The Three Ladies In Three Half Bottles
+
Explore More

Poll: What Is The Truth Behind Krishna Prasad's Relationship With Lady In Ninne Pelladatha