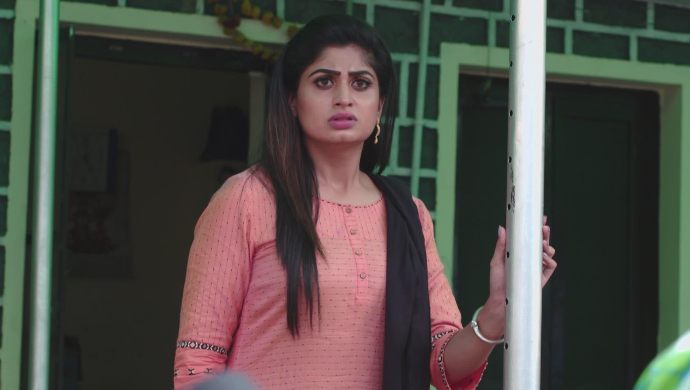 Earlier, in Attaritlo Akka Chellellu, Vayuputra sneaks into Vikram’s phone and shares Shravani’s text with Vedavati. Meanwhile, Shravani wonders why he had not replied to her text after reading it. Aditya and Dharani go back home from the hospital. On the way, Aditya befriends the auto driver called F2. Saiydamma prepares a feast and serves it to Mallesh and Yadagiri. She also has a few things for funeral kept ready in another corner of her house. Godawari sees Shravani dressing up and asks where she was headed. But Shravani does not reply properly.

In today’s episode, Saiydamma eats her rice and tells Mallesh and Yadagiri that she has a younger brother whom she looked after like a son. But a decade ago, when he asked her to stop drinking alcohol, they had a verbal spat and he left home. She tells them that he is the only one who can find Shankarayya and Dharani. Saiydamma asks Mallesh and Yadagiri to call her brother when she dies and inform him about the whole fiasco.

As Saiydamma demands that Dharani be brought home and married to Shankarayya, she falls on the bed. She tells the boys that Dharani must only bear a child who would take her family ahead. Saidyamma also reveals that she had mixed poison in her food, not oil. Mallesh and Yadagiri are conflicted about what should be done next. They promise Saiydamma to fulfill her wish and decide to take her to the hospital. Hamsa calls Shivudu and tells him to come soon, instead of using up the money for drinking or buying liquor.

Shivudu agrees and hangs up the call. He sees Vedavati and Vayuputra getting into their car and calls out to them. He greets them and they reciprocate his gesture. Shivudu asks why they hadn’t been coming to see their property (the place where Shivudu stays). Vayuputra tells Shivudu happily that when someone like him is looking after the property, they needn’t worry about it. Shivudu also informs that it was quiet and lonely before but now they have another newlywed couple to give them company.

Shravani and Vikram come to a restaurant far from the city centre to avoid any disturbance on their date. Dharani, Aditya and F2, too, take a halt at the same restaurant to grab a cup of tea. Vikram tries to talk to her about their relationship but Shravani acts as if she has no clue about what he was talking. At a point, Vikram decides to satisfy her ego and proposes marriage to her by asking if the ring he bought would fit her. Shravani takes her time as Vikram tries to talk as much as he could. Finally, she says yes!

As the newly-engaged couple enjoys their moment, the waiter drops tea on Shravani forearm. Surprisingly, she apologises to the waiter and asks for the restroom to clean up. There Shravani sees that Dharani was sitting opposite  them the whole time. She wonders why Dharani has been lurking around her like bad luck. Vikram calls out and Shravani returns to their table. He asks if they should leave to meet his family. But Shravani fears that he would look at Dharani and asks him to sit for some more time since its peaceful.

In the meantime, Aditya and F2 discuss the possible business ideas that they can venture into. They think of driving, tea stall, fashion boutique and more. Dharani is annoyed to hear their unending discussion and asks them to stop it. She too sees Sharavani and insists Aditya and F2 leave for home now.