In the latest episode of Attarintlo Akka Chellellu, Narayana comes to know that Godawari helps Dharani and so, he slaps her. Read the full update here 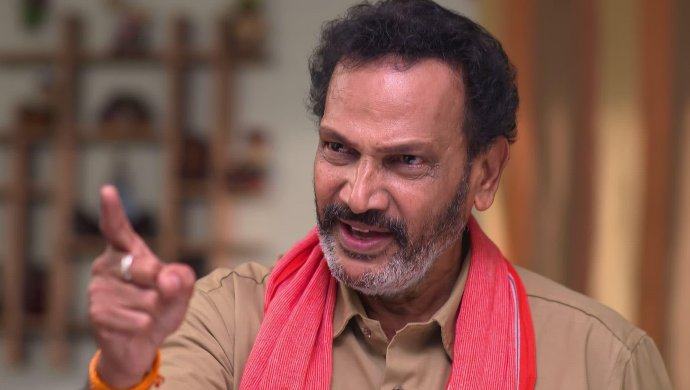 Earlier in Attarinlo Akka Chellellu, Aditya sees everyone laughing at him for hugging Dharani. He goes inside the room and sleeps it off. At night, Dharani takes the moment to start reading the property files that she took from the lawyer’s assistant. The next day, she informs Hamsa and Shivudu that Priyamvada is being fooled by the lawyers and Shashikala too. The first 10 pages have her name. But later the shares will be transferred from Aditya to Sashikala. Priyamvada finds out that Aditya is still angry with Dharani because of what she told him. Shravani goes to the court and finds out that Dharani had come to the court as her and even dealt with cases.

In today’s episode, Dharani is cleaning the floor when Aditya comes back home to collect his driving license. Dharani warns of being cautious of the wet floor. However, he slips and Dharani runs behind to save him. But they end up locking their legs and getting stuck in front of each other. First, they get lost in each others’ eyes until Hamsa sees them and turns around to say, “I didn’t see anything”. Aditya tells her that there is nothing like what she thinks and calls her to help them.

Hamsa and Shivudu tell Aditya and Dharani that it is not an everyday moment when one gets stuck with their partner like this. He tells them to take their own sweet time and figure out the solution. Aditya falls on the chair and Dharani has her control on Aditya’s arms. He asks her when did she get so heavy although, she still looks thin. Dharani reminds him of how he had picked her up and ran around when they eloped. She asks why he feels that she has been a ‘burden’ now.

Aditya tells her that it was a different day and he had a different fire within him that day. Dharani finally falls out of his grip and stands aside. She tells him that he should have listened to her when she warned him. Aditya tells her that she has a very dirty mouth. Everything that she says, comes true. Godawari tells Narayana to check with Shravani and confirm the wedding dates. Shravani comes home and tells them what Dharani had done in her absence.

When Shravani starts taunting Godawari for supporting her, Godawari tells her that whatever Dharani did was morally correct. Shravani takes a moment and understands that Dharani and her mother are connected to this. It all started with the buttermilk that she had before leaving for work. Narayana feels enraged by this behaviour of his wife and slaps her. He asks her to get out of the house but Shravani reminds him that she must stay inside the house before she gets married.

Narayana agrees and lets her stay. Aditya is driving alone when he sees a temple and decides to go there so that he asks the people for help in dealing with Dharani. Dharani, F2, Hamsa and Shivudu go out on an escape when they see Aditya going inside the temple. Dharani tells F2 to park the auto ahead on the lane and follow Aditya inside.