After escaping once, Dharani lands up at Vedavati's house once again as Chamundeshwari's caterer. Here's what's about to come up next. 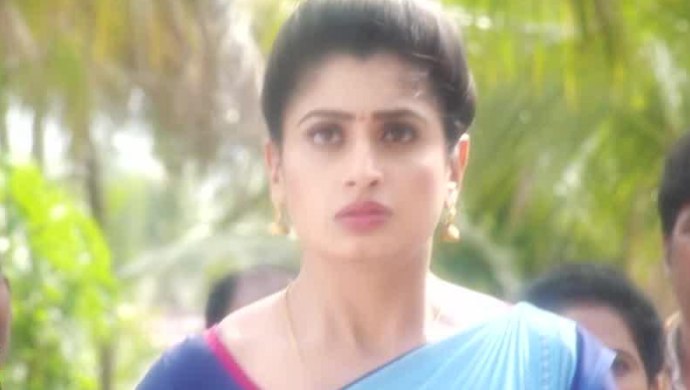 In the last episode of Attarintlo Akka Chellellu, Vedavati and her husband tell Dharani about how much they like her and appreciate their son, Vikram’s choice. They tell her that she is a blessing to their house and want to bring her as Vikram’s wedded wife sooner than later. The couple also assures that they will convince her parents if need be. All this time, they think that she is Shravani. Somehow Dharani escapes from the house.

In the preview, we see that Dharani is in a truck with other women, and lands up at Vedavati’s house once again. She is hosting a grand celebration. Dharani gets off the truck and tells the other women that something urgent has come up and she has to leave. Dharani turns back to find Chamundeshwari walking towards her furiously. She drags Dharani towards the house and asks her to do the catering work.

Stay tuned to find out what happens next. For more entertainment, watch Kalyana Vaibhogam on ZEE5.