In the latest episode of Attarintlo Akka Chellellu, Aditya sees it when Priyamvada steals the goddess' idol from the pooja. Read the full update here 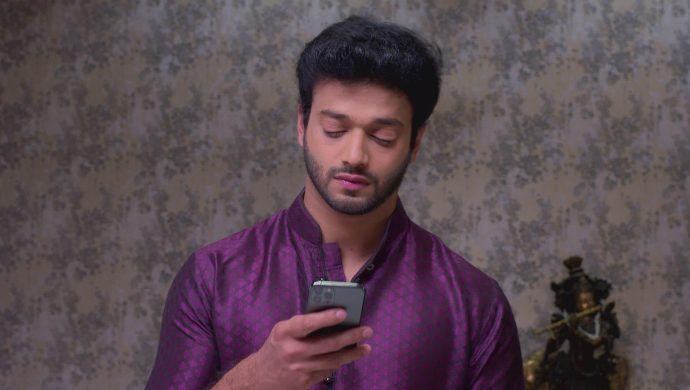 Earlier in Attarintlo Akka Chellellu, Vedavati stops Dharani from signing the files for more funds and warns the accountant to be more careful about every transaction. Dharani tries to talk to Hamsa, but each time she sees Priyamvada lurking around the corner, which makes Hamsa conscious. However, she finds out that Hamsa has been lying about Shivudu’s whereabouts.

In the latest episode, Dharani wonders why Hamsa had been lying to her when Vedavati calls out to her. Vedavati gives a cheque of Rs. 50 Lacs and asks her to pay the pending amount for her parents’ new house. She also tries to lecture Dharani by telling her how holy the Education trust funds are and adds that one mustn’t do wrong things for personal pleasures. Vedavati all gives Dharani the leverage to use as much money as she wishes to, from their personal accounts. Meanwhile, Shravani leaves for work, when Vedavati tries to stop her.

Vikram explains that Shravani has some important work in court because of which she cannot stay for the pooja. Vedavati warns Vikram that Shravani cannot be missing every pooja at home. Vikram pities himself for being stuck between mother’s commands and wife’s choices. Once again, Shravani meets a bunch of ladies on her way out. When they try to drag her back inside the house, Shravani asks them to stop and walks away. Inside the house, Priyamvada pretends to be helping the priest but steals the goddess idol instead.

Once all the preparations had been done, the priest asks about the lost idol and Vedavati expects an answer from Dharani. However, Dharani starts panicking since she kept it in place. That’s when Priyamvada steps in and acts to be suspicious of Dharani. She proceeds by saying that Dharani bought a house for her parents without anyone’s knowledge and it wouldn’t be surprising if she stole the idol for pooja at her parents’ new house. She also taunts Vedavati for having such daughters-in-law.

Vikram retaliates and asks Priyamvada to stop blaming them. Vedavati, too, skips the argument and asks the priest for an alternative or solution. Around the same time, Priyamvada gets a text from Aditya. In the text, he informs Priyamvada that he saw her picking up the idol. He also asks her to bring it back before he announces it in front of everyone.

Valentine’s Day Special: Take Inspiration From Our Tollywood Ladies To…