In today's episode, Dharani insists that Aditya sits at home instead of doing a job. So, he thinks of a plan. Read the full update here 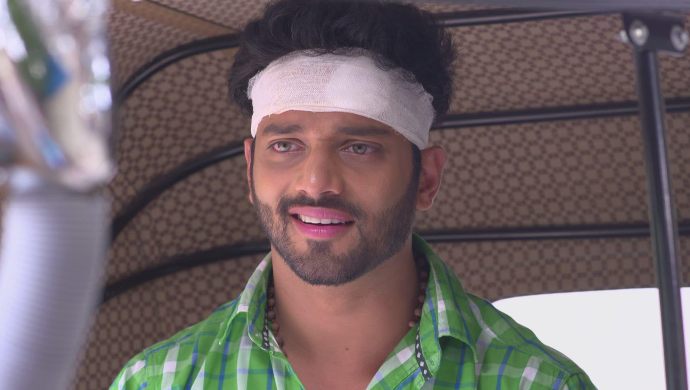 Earlier, in Attaritlo Akka Chellellu, Dharani manages to gather the money for Aditya’s operation and is relieved. Priyamvada finds an old file and thinks about ways to get everyone down to their knees for not treating her well. She remembers how neither her mother nor she received the right treatment in this family. The nurse tells Aditya to avoid troubling his wife. After she leaves, Aditya asks Dharani if she loves him but Dharani does not give any answer. Shravani taunts Dharani about taking money from her client. Later, she sees Vikram’s missed call and drops him a text.

In today’s episode, Vayuputra takes Vikram’s phone from his hands and calls Vedavati. He playfully teases Vikram for chatting with their future daughter-in-law. Vedavati comes and asks why the two men were making noise, Vayuputra gives her the phone and asks her to read their text. When she said, “Ye amma em chestunnavu?”, Vayuputra tells how cutely Shravani has been calling him as if addressing a little baby. Priyamvada taunts about how she is playing with him like a child. But then she says that maybe Shravani likes children.

Shravani wonders why Vikram did not reply even after reading it. As she begins to pace, Vikram drops a text asking her to meet urgently. Because he needs to discuss something important. Shravani thinks if he will be proposing her for marriage tomorrow. Shravani wonders if playing hard to get would be a good idea. But she remembers that she needs to marry him as soon as possible, to get rid of the drama at home and to show off her wealth to Dharani.

The next morning, Dharani prepares Aditya in the hospital to go back home. The doctor explains how he must be taken care of and tells Aditya to take bed rest for a few days. Dharani affirms the doctor that she will pay his fees soon but the doctor tells him that it is paid. When asked, he tells that Aditya’s aunt sold her bangle to pay the fees. Aditya is happy that she is caring for him. But Dharani is suspicious of Priyamvada’s behaviour.

Saiydamma prepares food, brings local alcohol and keeps a few things used during funeral outside her house. Mallesh and Yadagiri come home for the feast and assume that Shankarayya that come home again. Saiydamma serves all the biryani to them along with alcohol. She tells them to eat until their heart is satisfied. Maybe that will be a way to keep Shankarayya happy. Because no one can bring him back home. She taunts them to be good for nothing, they couldn’t bring Dharani and now they cannot find Shankaryya either.

Godawari sees Shravani getting ready and asks where she was headed. But instead of answering the question, Shravani acts over-smart and talks demeaningly to her mother. She leaves without informing too. Aditya and Dharani take an auto to go back home. They tell each other to stay home while both insist on going out to work. The auto driver, F2, parks the auto by the side and looks at them. He tells them they’re cute together and so understanding, unlike his wife who keeps taunting him to earn more money.

Aditya tells him not to worry. Because once he has enough money, he will buy him a taxi. F2 is excited to hear this and asks what he plans on doing. Aditya tells him that since his wife will not let him do a job, he is thinking of a business plan. After the feast to Mallesh and Yadagiri, Saiydamma sits across from them and mixes red chilli powder and oil in plain rice. She eats that and when the boys ask her why she was doing that to herself, Saiydamma tells them that she will not touch a piece of meat until her son returns home.

Kalyana Vaibhogam: In An Attempt To Seek Validation, Nithya Finds Out Jai's Opinion Of Her