In the upcoming episode, Shravani and Vikram go out on a date but Shravani sees Dharani and Aditya there, too. Read more about it here. 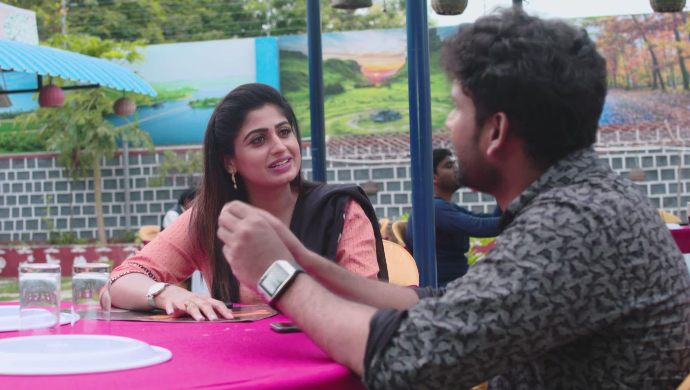 Earlier, in Attaritlo Akka Chellellu, Dharani manages to gather the money for Aditya’s operation and is relieved. Priyamvada finds an old file and thinks about ways to get everyone down to their knees for not treating her well. She remembers how neither her mother nor she received the right treatment in this family. The nurse tells Aditya to avoid troubling his wife. After she leaves, Aditya asks Dharani if loves him but Dharani does not give any answer. Shravani taunts Dharani about taking money from her client. Later, she sees Vikram’s missed call and drops him a text.

In the preview, for the first time, Shravani and Vikram meet outside as a couple. While they are on their date, Shravani sees Dharani, Aditya and an auto driver coming towards the same hotel. In fact, they sit close to Shravani and Vikram’s table. This angers and distracts Shravani from what Vikram has been saying.

Maate Mantramu: Nakshatra Or Vasundhara, Who Will Take A Step Towards Marriage With Vamsi?