In the latest episode of Attarintlo Akka Chellellu, Dharani has a plan to catch Priyamvada red-handed. Read the full update here. 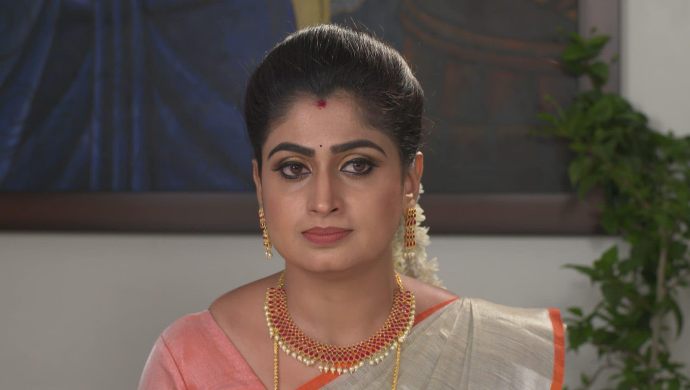 Earlier in Attarintlo Akka Chellellu, the lawyer expresses his feelings as he dictates the love letter to Priyamvada. Once he is done, Priyamvada scolds him and threatens to kill him. Dharani sees Hamsa outside Priyamvada’s room and grows suspicious of her presence. Later, when Aditya gives Hamsa a letter to deliver it to Dharani, she uses it to pass on her message as well. But Priyamvada sees it and slaps Hamsa for trying to act over smart. Dharani reads the original letter by Aditya and feels happy.

In the upcoming episode, Shobhan Raju tells Priyamvada and Shashikala to stay calm and explains about his next move. He asks Priyamvada to inform the doctor to tell the truth about Aditya’s medicines to Dharani. The doctor does as informed and calls Dharani to meet him with the pills. When Dharani reaches the hospital, the doctor opens the pills along with the original pills. They find out that the medicine inside Aditya’s capsules was not the same as the original medicine. The doctor informs, after testing the medicine, that Aditya has been consuming slow poison.

Dharani gets anxious, but she tells the doctor that she will find out the person and asks for his help to catch them red-handed. Dharani goes home and calls out to Hamsa. Priyamvada asks Hamsa to answer the call before meeting Dharani, so that Priyamvada could hear their conversation. And that’s how Priyamvada finds out that Dharani’s plan on sending Aditya to Priyamvada, for the pills, by staying away from him. Priyamava thinks about how Dharani will be the one falling in her own trap. Later, Aditya goes to Dharani to propose her, but Dharani asks him to stop disturbing her with his childish behaviour.

Birthday Special: 10 Films Of Ace Comedian Brahmanandam Which Will Be Remembered For Years