In today's episode, Abhi saves Aditya and Dharani from the angry mob running behind them at the venue. Read the full update here. 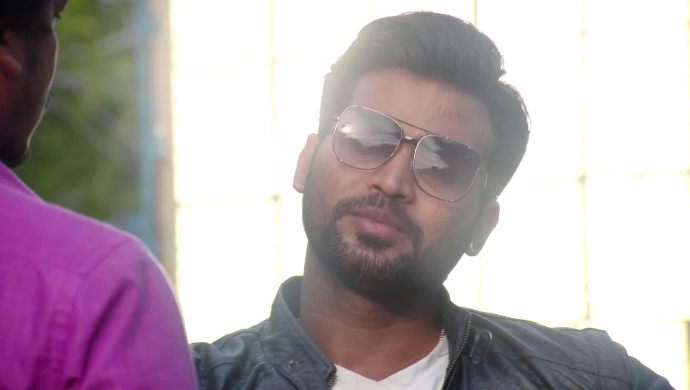 Previously in Attarintlo Akka Chellellu, Aditya makes an entry at the wedding hall. He wishes for Dharani to see him. And when she looks at him, he walks towards her with the mangalsutra and ties it around her neck. Not just that, he also grabs hold of her hand and they run away from the venue.

In today’s episode, Shravani returns to the wedding hall to find it in a complete mess. She walks towards her mother and asks her what had happened. Saiydamma answers instead, and tells her that Dharani has run away with the same boy. Mallesh almost gets hold of Aditya but is stopped by a man. The man is Abhi (from Muddha Mandaram, played by Pavan Sae). He calls Aditya and throws his car keys towards him. Aditya asks Dharani to sit inside and they drive away. Shravani now has a new-found grudge on her sister.

Abhi turns to Mallesh and tries to settle down the matter. Looking at Abhi’s strength, the goons also run away. Abhi tells the guests that they must always consider the likes and choices of the bride and groom. If they do not, this is what happens. The guests start murmuring among themselves and start leaving the venue. Abhi wonders when Aditya changed so much, although he looks like a naive boy, his guts to run away with the bride is commendable. Shankarayya tries to take a sad selfie but is slapped by his mother.

Mallesh returns to tell Saiydamma that Dharani escaped by just a few seconds. But Saiydamma warns him and tells him to bring her back and complete the wedding process anyhow. Godavari tries to tell her that Dharani is now married to someone else and she cannot expect her to marry Shanakrayya again. Saiydamma says that no one will return the money that they spent on the wedding. Their respect and reputation have gone down the drain. But Shankarayya tries to tell his mother that it’s an immoral thing to do.

On Godavari’s insistence, Saiydamma agrees to drop the wedding but asks who would pay for the expenditure. She suggests that if not Dharani, Shravani can complete the wedding. This makes Shravani furious and she slaps Saiydamma right there and warns her to watch her words. Saiydamma reminds her that Dharani also has the same face as her. If not Dharani then why not Shravani, Saiydamma asks. And then they all return to arguing about money and the expenditure. That’s when Shravani says everything that Mallesh did to the twins and blames the whole elopement on her relatives.

Saiydamma and Shravani make a deal to get done with Dharani and Shankarayya’s wedding as soon as Mallesh gets hold of her. At home, Vedavati’s blood pressure drops and the doctor suggested that she calm down and relax a little. But she says that she cannot be calm or relaxed unless she finds out about Aditya. Abhi makes an entry at their house and informs that Aditya is married and happy. Abhi says that he gave his car keys to Aditya so that he can find their location. But when he tried to trace him, he found out that Aditya has left the car midway.

Haven't Seen Vunndahi Okate Zindagi On ZEE5 Yet? Here's Why You Might Want To