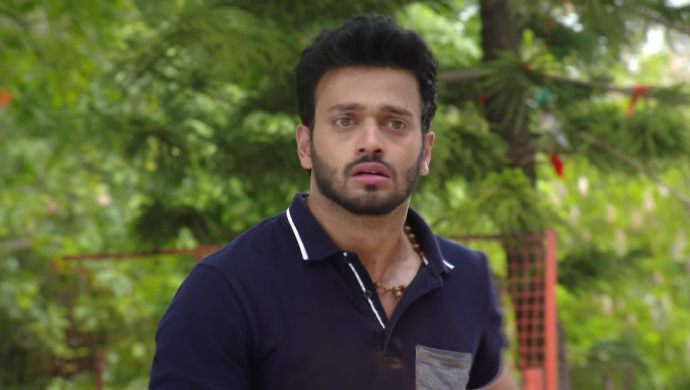 Previously, in Attarintlo Akka Chellellu, Aditya drops a letter for his mother and leaves the house to save Dharani. Vedavati reads the letter and breaks down crying. Vikram and her husband try to calm Vedavati down but she cries inconsolably. Dharani gets ready and cries to mother about leaving everything behind. Later, she takes blessings from everyone in the house before leaving for the wedding hall.

In today’s episode, Dharani sheds tears holding her sewing machine and then prays to the tulasi plant in the house. She touches Narayana’s cycle with affection and then they all leave for the wedding hall. Moments after they leave, Aditya reaches Dharani’s place but does not have money to pay to the auto-driver, since he had forgotten his wallet at home. The driver offers to drop him home once again, in case he wants to get the wallet. But he refuses to leave without his money. Aditya takes out his gold chain and gives it to the driver. Aditya walks in but sees that the house is locked.

Aditya wonders where the wedding must be taking place. That’s when an elderly man walks towards him and asks if he has come for the wedding. Aditya says yes and asks about the venue. The man tells him about the temple where the wedding is to take place and Aditya starts running. Dharani blankly sits in the car on the way but Shankarayya’s crowded car has everyone fighting about the lack of space. Shankarayya and his family reach the venue first. Instead of going straight inside, Shankarayya goes to take a look at the flexi-board that has their pictures and takes a selfie.

Once inside, Saiydamma’s elder sister asks her about the grand wedding set up. Saiydamma tells her that Shankarayya refused to settle for anything within budget and they had to spend all their savings on this wedding. Sometime after that, Dharani too reaches the venue. Mallesh and his friend keep talking about Dharani in a dirty way. Mallesh tells his friend Yadagiri, that even though Dharani will marrie Shanakaryya, he will be the one owning her. The men then spot Shravani and talk demeaningly to her and tell her that no one can save the twins from them. Shravani warns them and tells them to stay away.

Saiydamma later meets Shravani and expresses her concern regarding Aditya. Shravani tells her not to worry since she has taken care of everything. Just then, Aditya makes his way into the temple ground. He jumps across a wall to get in and then sees the flexi-board with Shanakarayya and Dharani’s pictures.