In the latest episode of Attarintlo Akka Chellellu, when Vedavati asks about Aditya & Dharani's story, Aditya lashes out. Read more about it here 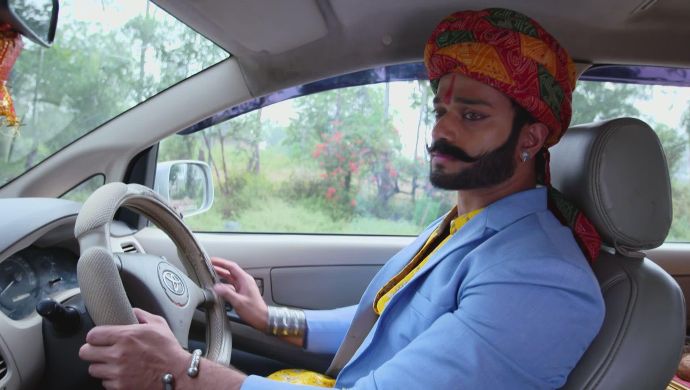 Earlier in Attarinlo Akka Chellellu, Shravani is annoyed to have been put down, not once but twice in the same day. When Dharani comes to call her for the measurements, Shravani scolds and sends her away. Dharani decides to dress up as Shravani and goes to give the measurements. She also makes Aditya give his measurements and selects the designs for Shravani and Vedavati’s younger daughter-in-law. Vedavati gives the honour of handing over the first wedding card to the goddess to Dharani and her husband, in disguise.

In today’s episode, Dharani is elated and agrees to the honour. They all visit the temple and Aditya drives the car sitting next to Vikram, while Dharani sits in the passenger seat with Vedavati. Inquisitively, Vedavati asks about how they got married and if they managed to convince their parents. This irks Aditya and brings back all the bad memories. He starts talking about how parents are concerned about their pride and ego while they continue to talk about caring for their children.

Vedavati, too, remembers all that happened and yells ‘Nani’ unconsciously. Aditya is taken aback, and he stops the car. Dharani quickly writes something on her palm. She tells Vedavati that he loves his mother too much but is angry because she did not accept their love. However, soon they will all be together. She taps on Aditya’s shoulder and asks him to keep moving because they will be late otherwise. Aditya reads Dharani’s palm and calms down.

Priyamvada goes to the temple with the lawyer. When he expresses that the couple is taking blessing from the goddess herself, Priyamvada claims that the goddess will not bless them. Once everyone comes in, Dharani and Aditya keep the first wedding card at the goddess’ feet and step back to pray. Priyamvada signals the priest and he pushes the card close to the deepam and it starts burning. Dharani opens her eyes to see this and yells to get everyone’s attention.

Vedavati is in tears already. But Vikram keeps hope and says that they can place another wedding card instead of this one. The priest says that he isn’t getting the hint. The goddess is against this union and hence, she showed it by burning the card. Priyamvada purposely asks what could happen if they went ahead with the wedding and the priest talks about incidents where people lost their lives. Vikram asks them to get a reality check and not speak non-sense.

Vedavati expresses that they must think again and reconsider if needed. Because she cannot risk anyone’s life for a wedding.

Dive Into The World Of 'Hawala' And Cricket-Betting In The Latest ZEE5 Original Crime-Thriller, Streaming Now