The strong-willed and brave Shravani finds herself surrounded by troubles and issues. Read more here. 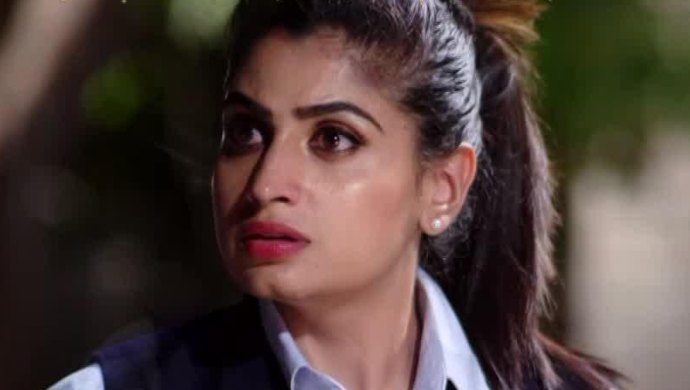 In the last episode of Attarintlo Akka Chellellu, Aditya and Dharani met each other even after trying hard to stay away. Aditya was about to step on a faulty electrical wire when Dharani pushed him and saved him. Both of them fell in a cement pit and Dharani hurt her elbow. Aditya cleaned the blood oozing out with his handkerchief. Vedavati saw Dharani in the temple and thought she was Shravani — Vikram’s secret love. She prayed to the gods to make her, her daughter-in-law soon.

Take a look at what happens next:

In the preview, we see that Shravani finds herself lost and in a dark spot, quite literally. That’s when Saiydamma appears from one end and tells Shravani that there will be no wedding for Dharani and Shankarayya without a dowry. This scares her but she tries to come to terms with Saiydamma’s newfound guts. That’s when two men appear from another side. It seems as though they are talking to Saiydamma about Shravani. One of the men warns Shravani by saying: “How dare you send our brother to jail. We will make sure you don’t live.” Before Shravani can draw a breath, Chamundeshwari akka appears from another side and demands that her loan be repaid.

It seems that Shravani is extremely stressed and hence, is dreaming of such threats. But the ‘lawyer amma‘ who we have known, is not someone who will be scared. In fact, she is no less than a rowdy herself. What must have changed now? Stay tuned to find out.

Check out Meenakshi on ZEE5, streaming online before TV.