In this episode of Amrutham, he finds out that his owner has a twin brother, who is much better and wiser than Apparao. Read the full update here 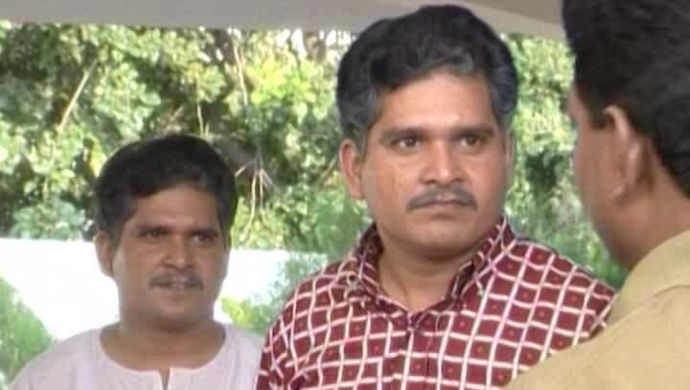 Earlier in the ZEE5 exclusive show, Amrutham, Sanju asks Amrutham to get out of the bathroom and go to the office. Amrutham suffers from stomach ache, however, Sanju does not believe him. He goes to the office somehow, but comes home because the pain becomes unbearable. Sanju tries many things and takes him to various doctors, yet, his stomach ache continues to worsen, day after day. A few days later, Sanju and Amrutham go to a tailor, who insists that Amrutham’s waist size has increased. The tailor also adds that his stomach ache is because of the smaller pants.

In this episode, Amrutham and Sanju watch TV. Suddenly, Amrutham realises that it is past 9 pm and gets up to switch off the lights. He also tells Sanju to turn the TV volume low. They get into the blanket with a torch and think about ways to get rid of the owner and his stupid rules. The next morning, Amrutham enjoys his morning tea when the owner comes to collect the rent. Amrutham goes to get the cash, but he stops by in the kitchen. He asks his wife if the man sitting outside, in white clothes, as opposed to the usual quirky clothing, is really their owner. Sanju tells her husband to get rid of the unnecessary thoughts and pay him the rent.

Amrutham hands over the money to his owner and sits there, gawking at the owner’s new avatar. Surprised by his behaviour, the owner asks what is wrong, and Amrutham talks about the many rules that he had to follow. The owner gives him a smile and tells him to consider that all the rules have been struck off. A few minutes after he goes, the real owner walks in, wearing his usual quirky costumes. He sees Amrutham nail a painting on the wall and starts yelling. Amrutham is taken aback by this sudden change in his behaviour.

While the two men try to solve their never-ending puzzle, Ambaji walks in and clarifies the doubt. Apparao, the real owner, asks how Amrutham failed to recognise him. Amrutham tries to explain that they look like carbon copies of each other, and that is why he couldn’t figure out the difference. This statement offends Apparao, but he decides to deal with Amrutham later. First, he needed to get the money back from his twin brother. Later, Apparao comes back to tell Amrutham that they have 4 days to vacate the house.

That day, Amrutham, Anji and Ambaji sit in their lawn and discuss ways to deal with Apparao and stay in the house. So, when Apparao brings the first client, Anji turns off the water and electricity connection. Sanju pretends to be extremely sick and talks about how she lost her relatives after moving into this house. The clients are unhappy with what they see and refuse to take Apparao’s offer. A few days later, Amurtham tells Ambaji that he has managed so far, but now that his brother has advertised it in the newspaper, it will be difficult for them to tackle the problem. Ambaji tells them that he has an idea.

Ninne Pelladatha Weekly Update From 9 to 13 December 2019: Krishna Prasad Has A…

Birthday Special: 5 Reasons Why Jayasudha Will Always Be Our Favourite On-Screen…

At night, Apparao waits for the clients to turn up. Instead, he sees a jeep parked outside the house. Three men, who look like ruffians, get out of the jeep and try to get a sneak peek of the house. They dial up to the man, sitting in the jeep and smoking his cigarette, to inform that the house looks spacious, with enough room to carry out their ‘activities’. Apparao is suspicious of these men and decides that it is best to keep away. The man sitting inside, Anji with a thick moustache, walks towards Apparao and tells him to find the owner because he wants to lease the house for 50 years.

This puts Apparao in a difficult situation. The moustached man tells his henchmen to find the people who stay in the house and ask them to contact him. When Apparao asks him the reason for it, the man shares that he cannot let go of the house and he will grab it as soon as they leave. Apparao runs towards Amrutham and asks him to stay until he retires. When Amrutham asks about the strict rules, Apparao promises that they are laid off. Just when Amrutham lets out a smile, the owner adds another catch – the rules are now extended for 15 minutes more.

Kalyana Vaibhogam Weekly Update From 9 to 13 December 2019: Jai Decides To Lock Everyone