In this episode of Amrutham, Amrutham and Anji decide to dress up as monkeys to scare their owner and stay up at night. Read the full update here 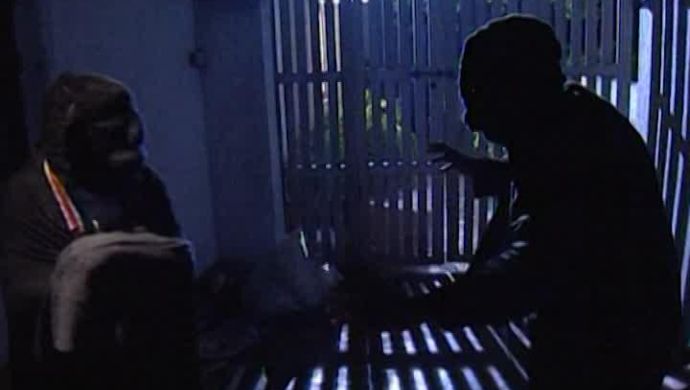 Earlier in the ZEE5 exclusive show, Amrutham, Anji tells Amrutham about that new company that is offering double the amount of money invested, instantly. Amrutham is hesitant but Sanju convinces him that they have nothing to lose. Anji and Amrutham go to the company with Rs 5,000 each and return home with Rs 10,000 each. Sanju suggests that they take the day off from work and keep earning double the money by investing in the company. This sounds good to everyone and they go again. By evening, they collect Rs 80,000 and get stuck when the cashier closes the counter. They sleep outside the office in hopes to collect their money first thing in the morning, but find out that they have been scammed.

In this episode, Amrutham and Sanju come home from their Simhachalam trip to find a bunch of people in Anji’s house. They push through the crowd and ask Anji what has happened and why the press is questioning him. Anji informs Amrutham about the monkey who is almost like a human. He adds that he was beaten by it and ended up in bruises and scars. The news picks up popularity and everyone starts fearing this new creature in town.

That night, Amrutham and Sanju prepare to call it a day. Amrutham affirms that he has closed all doors in the house with massive locks. Sanju asks him to turn the lights off and go to sleep. But Amrutham insists on keeping the lights on. In sometime after they sleep, Amrutham feels like Sanju is scratching his arm and asks her to stop it. Sanju wakes up and asks what is wrong with him. They look around and find a weird man outside their window. She forces him to be a man and confront the person outside.

Amrutham takes a stick and goes out. He sees the man near the window and starts beating him. Once he stops, Anji takes off the shawl that he used to cover his face. Amrutham is shocked to see him and asks what is wrong with him. Anji informs Amrutham that he came to the window for some cigarettes. Amrutham tells him that he doesn’t have one and goes back inside. Later that day, the owner comes to complain about him staying up late at night. Amrutham feels that he needs to find a way to shut the owner up. Because no one can decide when he goes to sleep.

Amrutham comes back from work and gets busy with his daily routine. Once it gets dark outside, and after Sanju goes to sleep, Amrutham wears a monkey cap and takes a black shawl to cover himself. Anji, too, does the same after Shanta is deep asleep. Both of them end up going to the owner’s house and beat him up. When the owner finds a way out and runs away from them, Anji and Amrutham take their masks off. When Amrutham asks why Anji was beating him, Anji gives the same reason – he cannot decide when others go to sleep.

Poll: What Is The Truth Behind Krishna Prasad’s Relationship With Lady In…

Three Half Bottles Trailer Review: 3 Oddballs Try Adulting Together In This…

The next morning, Amrutham and Anji talk to each other, standing across the wall, when the owner comes to meet them. He has bruises on his face and tells the two men to be careful from now on. Because the human-like monkey has gotten to him and it won’t be long until he gets to them. He adds that they must stay inside the house at night, “in fact, don’t get out even during the day” he concludes before leaving. Amrutham and Anji have a good laugh.

SATURDAY SPECIAL: Try Out This Simple Kiara Advani Look And Turn Heads When You Go Out