In this episode of Amrutham, in order to increase sales, everyone performs the Ramayana, but end up being beaten up by kids. Read the update 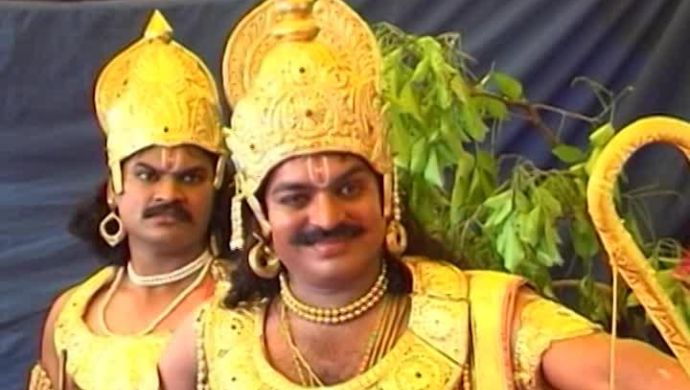 Earlier in the ZEE5 exclusive show, Amrutham, the protagonist feels guilty for not joining the hunger strike along with his fellow colleagues, due to a cut in appraisals. When Anji decides to help him win their respect and complete the hunger strike, Amrutham goes ahead. But he gets tricked by his colleagues and Amrutham has to sit for the hunger strike alone. Anji and Sanju bring idlis for him at night, discreetly, which get stolen by a petty thief. The next day, his boss tells him to end his fast, because the problem has been solved. When Anji enquires if the head-office has taken back their orders, the boss informs that the appraisal cut was supposed to go to the Ahmedabad branch, not theirs.

In this episode, Amrutham gets irritated in his cabin because of the way his boss continues to yell at his colleague. Anji walks into Amrutham’s cabin and greets him. But Amrutham talks to him rudely and asks why Anji had shown up at his workplace? Anji explains that he was passing by, and decided to meet him on the way. The two men go outside when the boss’ scolding gets unbearable. The boss reprimands the Sales in charge too as he performs poorly and sleeps during working hours. The Sales in charge asks his boss to have some budget for sales and gets scolded again.

Anji steps next to the boss and calls him, who is already agitated. He offers to share his plan, which will increase the sales without burning any hole in their pockets. When asked what his idea is, Anji explains about contesting for the ‘best play’ amongst his competitors. For some reason, Anji’s plan sounds good to the boss and he calls for a special meeting the next day to take it ahead. After discussing many romantic dramas, they settle to enact the Ramayana. Amrutham plays Ram, Sanju plays Seetha, Anji plays Hanuman and the boss is forced to play Ravana.

However, they are unable to practise it, given the difficult lines. When the boss gives up on his dialogues and goes to do the work, he ends up talking in pure Telugu. Somehow, they manage to put up a show together and get ready to perform the skit. Anji ends up repeating the dialogues of other people, instead of delivering his own lines. The boss, Ambujanabham, forgets his lines and a bunch of children come to the stage and claim their toys, which the employees were using as props. The boss is shocked to see them, and asks Anji for a clarification. Anji gives a sly smile and disappears, while the kids start beating up everyone on the stage.