In this episode of Amrutham, from Sanju to his boss, Amrutham finds great joy in pulling pranks on people. Read the update here 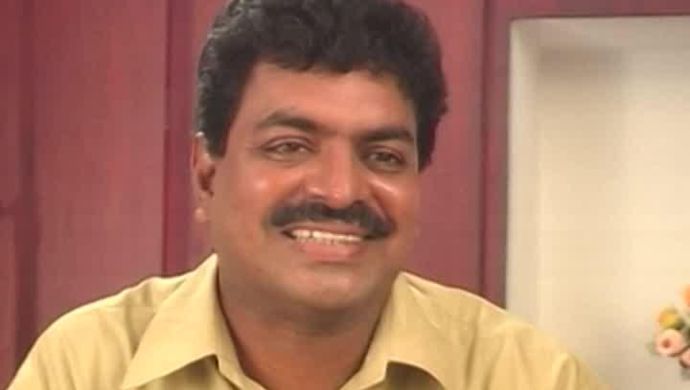 Earlier in the ZEE5 exclusive show, Amrutham, Sanju warns her husband to stay away from the kitchen. But he comes inside anyway and ends up hurting himself, because of the spilt oil on the floor. Amrutham’s blood splashes on the wall and he freaks out. That’s when the owner comes and demands Amrutham to wipe the stains off his wall. Sanju brings Amrutham’s bike cloth, with which he tries cleans the wall but ends up staining it more. The owner demands Amrutham to repaint the whole of his house. Tired of his tantrums, Anji suggests Amrutham to make the owner pay for mistreating him. They call him home, get him intoxicated and hand him a water-filled gun with different hues. To everyone’s surprise, the owner ends up appreciating the colour on the wall, once he comes back to sense.

In this episode, Sanju calls Amrutham twice and asks him to bring a few things. As he goes ahead, Amrutham gets annoyed and asks Sanju to not call him again. But in a few moments, Amrutham comes back home to collect his bag. Sanju tells him to avoid coming back, because it is a bad omen. Later that day, Amrutham comes home with a plaster covering the whole of his face. There are pipes struck out of the plaster, to make space for his eyes, nose, mouth and ears. He tells Sanju that he met with an accident and the heavy vehicle parked itself on his face. When Sanju starts worrying, he tells her that she might have to deal with it for a few years.

Sanju starts crying and goes to call her mother because she cannot look at the ugly face for so long. That’s when Amrutham goes close to her, pulls the plaster out and yells ‘April Fool’. Sanju scoffs at him and challenges Amrutham to fool Anji. There, Anji tells his wife that he has bagged a new job. Shanta thanks her stars and congratulates him. She informs him that she will be losing her job in a few days as her boss has decided to downsize the company. Anji starts worrying and explains that he was trying to fool her. Shanta laughs and tells him that she also managed to do the same.

Amrutham comes with an old newspaper and asks if Anji and Shanta have read the news yet. Before they could answer, he flashes the newspaper in front of them and tells them that their son has cleared his Class 10th exams. Anji gets excited but Shanta tells him to calm down. Amrutham laughs because he succeeded in fooling another person. Shanta also reminds Anji that their son is in Class 7th, not 10th. Anji feels hurt and challenges Amrutham to fool his colleagues. Amrutham goes to the office, in a jolly mood, and sings on his way inside.

When the boss tells Amrutham that he is feeling under the weather, Amrutham suggests him to de-stress. He asks his boss to sleep on the table and puts him to sleep. Once the boss falls asleep, Amrutham calls everyone to inform that their boss has passed away due to a sudden heart attack. He goes to start preparing for his funeral, while others go to see him. One of the employees figures out that he is alive and calls the ambulance. When the ward boys take the boss on a stretcher, he wakes up and asks them to drop him. He stands up and tells everyone that he is perfectly fine.

Birthday Special: 5 Types Of Films We Want Bellamkonda Sreenivas To Be A Part Of

Adhirindi Episode 3: Navdeep Continues To Laugh Out Loud At The Madness With…

Later, Amrutham goes to inform his colleagues that they had been fooled by him. And then, they challenge him to fool the boss. So, Amrutham goes to a nearby phone booth and calls his boss. He changes his voice and speaks like someone from the Delhi office. He asks his boss to increase the salary on call, and then meets him in person – and says that they shouldn’t hike Amrutham’s salary. A few minutes later, as Amrutham looks for a file on the top shelve, his colleague informs that the Head Office has sent an official notice to hike everyone’s salaries and Amrutham is the only one who did not get any hike.