Amrutham Episode 17 Written Update: Amrutham Gets Demoted To A Peon

In this episode of Amrutham, in an attempt to score some brownie points, Amrutham ends up goofing up everything. Read the update here 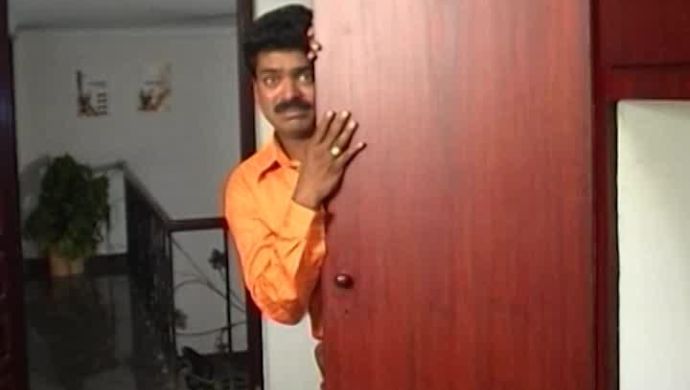 Earlier in the ZEE5 exclusive show, Amrutham, Anji and Amrutham find a way to bring Sanju back to normalcy. And the solution is a keep Sanju occupied with music, since that’s what close to her heart. Amrutham and Anji try many ways to bring the neighbourhood kids to come for music-classes. After many failed attempts and huge expenditure, Anji calls students for free classes. However, this does not go down well with the owner. He tries to get extra money by implying taxes on Amrutham. One day, the owner ends up being electrocuted by Sanju’s Veena.

In this episode, Amrutham goes to his boss’ cabin, and is surprised to see him happy. When asked about it, the boss explains that their company has been approached for partnership by Bennet and Dickenson’s. Amrutham is elated to hear this and asks for more details. He starts stating all the business industries that they are already a part of, this makes his boss curious. Amrutham hesitates but informs that he tried to apply in Bennet and Dickenson’s when he was scolded. The boss looks at him, with a puzzled face.

Amrutham finds out that the representatives of the big company are coming to their office for inspection. He sees his boss in a grey Safari suit, and asks him to stay behind the scenes when the representatives visit. Amrutham explains that the company is full of young employees and they would be interested in partnering with a youth-oriented company. Somehow, he manages to dress down his boss as the peon of the company. He also brings Sanju, dresses in a skirt as Miss Mary, who acts as his stenographer.

The next day, Amrutham walks in with a letter in his hand, to see his boss cribbing about all that happened earlier. He asks his boss to grant some funds, to order sweets and suits for the employees. The boss wonders what had gone with Amrutham again. But Amrutham flashes the letter and says that they got the deal. As he reads ahead, Amrutham stops to handover the letter to his boss, and quickly disappears. The letter further says that Amrutham has been fired as the manager and Murali, the peon, was the new manager.