The lyric video of the ZEE5 Original Amrutham Dhvitheeyam has surfaced on the web, and it is nothing but a refreshing take on the iconic old song. 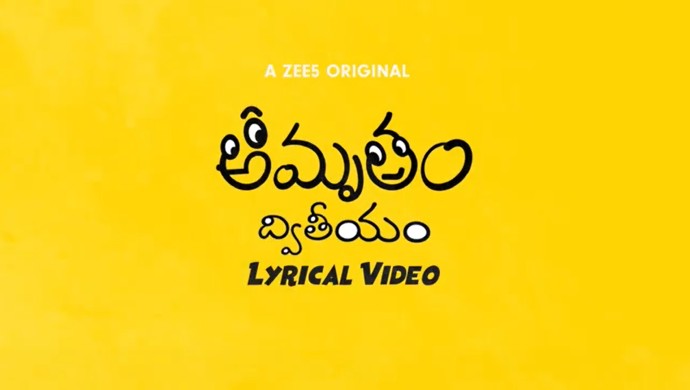 The long-running and popular situational-comedy, Amrutham which was first telecast in 2001 was taken off-air six years later. During this time, the show completed over 300 episodes, all of them ranking at the top on the TRP charts. Due to simple and easy-t0-follow plotlines, it connected well with everyone. And given its high TRP, it continued to be in demand, much after it was taken off-air. Eighteen years later, the show resurfaced to entertain us on ZEE5. But now, it’s time to go bigger and better.

Popular Tollywood Music Composer, Thaman S, launched the lyric video of the upcoming ZEE5 Original Amrutham Dhvitheeyam on social media. The video has garnered hundreds of thousands of views over less than 24 hours. The song is composed by Kalyan Malik while singer Hymath lends his vocals to capture the essence of Amrutham. Penned by Sirivennela Sastry, the song takes inspiration from the original track, while also retaining much of it.

Amrutham’s title track was iconic because of the way it humorously comments on the everyday struggles of a layman. The new song does the same. This time around, however, the struggles mentioned in it have been altered to better suit our times. As you listen to it, the relatability remains while the nostalgia does not jump out of the window. And this, to us, seems the perfect way to bring families together to watch the show as we all quarantine inside our houses.

In Amrutham Dhvitheeyam, Harsha Vardhan and LB Sriram will be seen as Amrutham and Anji. Satya and Ragini will play their respective wives and Sivannarayana reprises his role as the annoying owner Appaji. Amrutha Vilas is now a bigger business venture with financers and a fancy fine-dine to make money. But will they succeed in this time? Stay tuned to find out and witness their crazy journey, only on ZEE5 premiering on March 25, 2020.

Reasons, Rituals And Richness! This Ugadi, Make The Traditional Pachadi In The Right Way