During the shoot, Amala and I were friends only during breaks, says director

High Priestess director Pushpa Ignatius opens up about her interest in occult and spirituality, her friendship with Amala Akkineni and more. 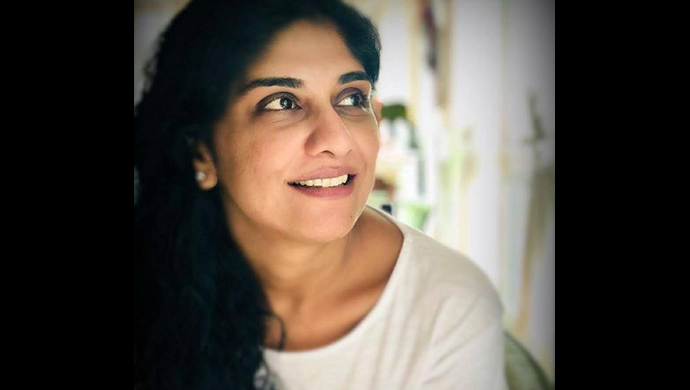 The show has been getting great reviews. And director Pushpa Ignatius is obviously happy. This is the first web series for the ad filmmaker whose short film, Pournami, which premiered at the Cannes Short Film Corner. And the response has been very positive. “It feels good to know that people are appreciating the stories. They are also commenting about the look and the making, which feels great because a lot of effort went into that too,” she tells me as we chat on a messaging platform. Here are edited excerpts of the chat with the director. Read on.

Q. How did the idea of High Priestess come across?

A. I have always been interested in spirituality and occult — mainly astrology and tarot cards. There is a curiosity in me about life after death and spirits. I have read many books on the subject and also have tried out tarot reading as a hobby. When Krishna (my producer) approached me with a project for a web series, I thought it would be interesting to make a series on a tarot reader and a psychic. Her experiences with different clients would make for an interesting watch.

Q. Why did you think of casting Amala Akkineni as Swathi Reddy?

A. I wanted the protagonist Swathi Reddy to be a very calm, composed, classy and confident woman. The only person who came to my mind immediately was Amala. I have known her for a while now, and when I bounced off the idea of High Priestess to her, she came on board immediately.

Q. Is it easy directing a top actor if she’s your friend?

A. I won’t say it’s easy, but it’s definitely comfortable. Even though we are friends, once on the sets, we are professionals first. I need to respect her seniority and give her the freedom to bring her creative inputs into making Swathi Reddy alive. I may have a certain idea about how to enact a scene, but if she is not comfortable, I have to hear out her version. That always benefited the flow of the story without making any compromises. Yes, during breaks we would end up being friends again — chatting and joking. It was total fun working with Amala.

Q. Amala said in an interview with me that when you approached her with the script, she had a few concerns which were sorted out. What kind of concerns did she have?

A. Amala’s only concern was that the series might get too dark. There are episodes where a character or two die. She wanted to address the dying soul. She felt it would be better if there was a way we could show her heal the dead soul. I thought of a way to address that and she liked it. I am also very happy with the way this shaped out.

Q. Do you think supernatural content draws in more audience?

A. No. I think audience likes good content. It all depends on the story, screenplay and the treatment.

Q. What, for you, is High Priestess all about?

A. To me, High Priestess is a love story. It is about two friends meeting after many years and catching up. The stories that Swathi narrates to her friend form the episodes. Each story has its own twists and a few spooks. High Priestess is a card from the tarot deck. The card is of a lady sitting on a throne. It denotes intuition, sacred knowledge, divine feminine. All these qualities are apt for the protagonist Swathi Reddy. Hence the name High Priestess.

Q. You’ve done ad films, short films and now a web series. What is more challenging and why?

A. Each one of them is totally different. If you are an ad filmmaker, it doesn’t mean you can automatically direct a narrative and vice versa. I had to unlearn ad filmmaking to direct this series. An ad film is at the most 60-seconds long. Hence every shot has to be detailed. In a series or a short film, it is the scene that has to work. So, I would say all mediums are equally challenging.

In the mood for more ZEE5 Originals? Check out the other web series’.

Want To Catch Up With A Thriller? Watch Ekkadiki Ee Parugu On ZEE5!