A new Telugu serial is all set to entertain you from August 26. Find out more about the prime-time show which revolves around the life of Akshara. 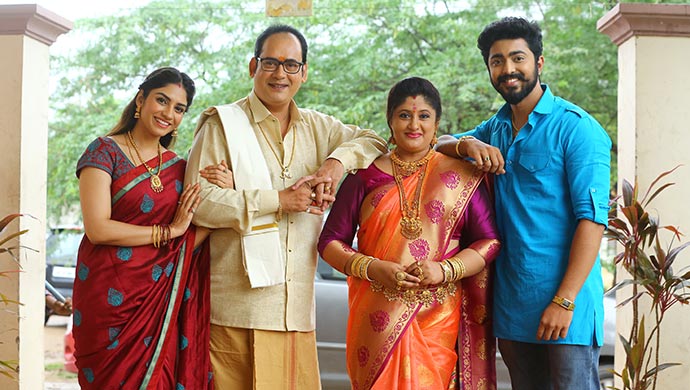 With ZEE5, there is no dearth of entertainment. If you have been following the popular Telugu TV shows and are looking for something new to watch, here’s some good news for you. A brand-new Telugu serial, Radhamma Kuthuru, is all set to be launched on August 26. Directed by Ramji, who currently directs the hugely popular TV serial Ninne Pelladatha, Radhamma Kuthuru is a story that is set in Vijayawada.

It’s the story of Akshara, the second daughter of Radhamma whose husband leaves her when she delivers a third daughter. In his desperation for a male heir, he marries again. Akshara is devastated and begins to hate her father. She pledges to become an IAS officer and gain prominence in the society so that her mother gets the status she lost. In the meanwhile, she and her sisters help their mother run a small hotel which helps them sustain themselves.

In the meanwhile, Aravind, the scion of a wealthy family who dropped out of studies, falls in love with Akshara when he sees her fearlessly stand up to goons who came to vacate her house. Aravind is known for his anger and settles disputes among people. Gokul plays the role of Aravind while Deepthi essays the role of Akshara. Aarthi plays the role of her mother Radhamma, who is left to raise three daughters alone by her husband.

What happens when Aravind falls in love with Akshara? Does her life take a turn for the better or for worse? Will her father mend his ways? You will need to start watching this upcoming Telugu serial to find out all about it.

In the meantime, keep watching all the drama in Ninne Pelladatha, on ZEE5, before TV.

Monday Motivation: Bellamkonda Sreenivas Gives Us All The Encouragement We Need