Ala Review: This ZEE5 Original Film Encourages You To Keep Going Ahead In Life

With a message directed especially at the youth, ZEE5 Original film Ala makes for an interesting watch. Read the full review here. 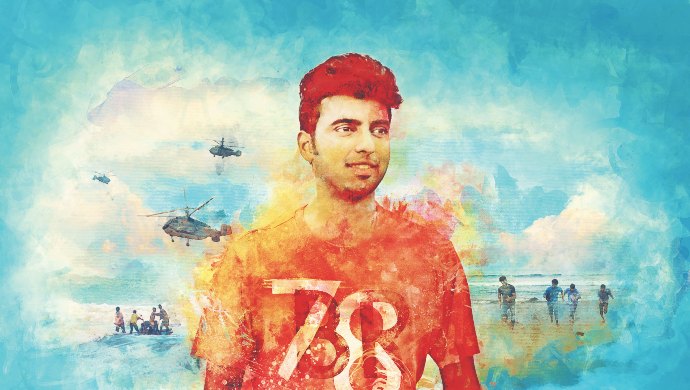 Badminton player-turned-filmmaker Sarath Palanki makes his debut as a director with the ZEE5 Original Telugu film, Ala. It features Bhargav Komeera, Shilpika, Malavika, Amith Koyya, Rohit Reddy in the lead roles. However, this Telugu movie belongs to Bhargav, who portrays the character of Suri. Ala is a coming-of-age film which deals with contemporary issues such as young love, heart-breaks, suicide and depression. Although the film deals with the lives of a bunch of youngsters, Ala has a message for audiences across age-groups — no matter what happens, you must keep going forward.

Ala is about a bunch of youngsters —  Suri, Snehith, Ravi, Mickey, Indu, Siri, Tinku and Preethi. The film can clearly be divided into two stories — Snehith’s and Tinku’s. The leading man, Suri turns the narrator as he tells the stories to Preethi. It all starts when Preethi and Suri board a flight to the US where they are going for their MS course. The extremely inquisitive Preethi begins the question-answer session. She starts by asking him to tell stories about his college and about Tinku.

Suri tries to avoid her by replying in one or two words. But that does not quench Preethi’s thirst for answers. A few minutes into it, Suri gets irritated and ends up talking to her rudely. This does not go down well with Preethi and she decides to ignore him. As expected, Suri feels guilty and starts narrating his stories. He first tells her about his gang, describing each member in a few words and many instances in short. But eventually, they both fall asleep.

Suddenly, Suri dreams of Snehith drowning in water – through his aeroplane window – and wakes up with a jolt. He goes back to the days of Snehith’s death. Snehith — the emotional guy madly in love with Indu for years. Suri had encouraged him to confess his feelings. Snehith had left Suri a video message on his death.

Somewhere deep down, Suri blames himself for his death and hence, becomes a victim of depression — keeping himself in a house arrest for a year. Suri starts taking control of his life again a year later when a college nemesis talks about his life and health. He also mentions his father having a stroke, something that Suri was unaware of. That’s when things begin to change and Suri decides to do whatever it takes to make his father, his only family, happy. Hence, the journey to the US for MS course.

On Preethi’s insistence, Suri goes back in time to the third year of engineering college and talks about Tinku — the most beautiful girl in the world for him. Tinku aka Pamela, a US-born Telugu ammayi, completing her doctoral studies in Hyderabad. After a few months of ‘dating’, Suri proposes to her with a ring and just after that things start to spiral downwards. Eventually, Tinku moves back to the US and Suri is left heartbroken. Yet the mere mention of Tinku makes him smile.

There a hundred things that happen to everyone on a daily basis — some good, some bad and some even worse. But nothing must stop you from moving forward. As said in the film, keep yourself going after every failure. That is the only way to witness the success that lies on your path ahead. On the days when you’re feeling low, Ala can be of help.

For more motivation, check out the classic Bommarillu on ZEE5.

Have You Watch The Critically Acclaimed ZEE5 Original Series Kailasapuram Yet? Streaming Now