Make your Sankranthi more special by laughing out loud at Chammak Chandra, Venu, Dhanraj and RP’s insane comedy. Read more to find out 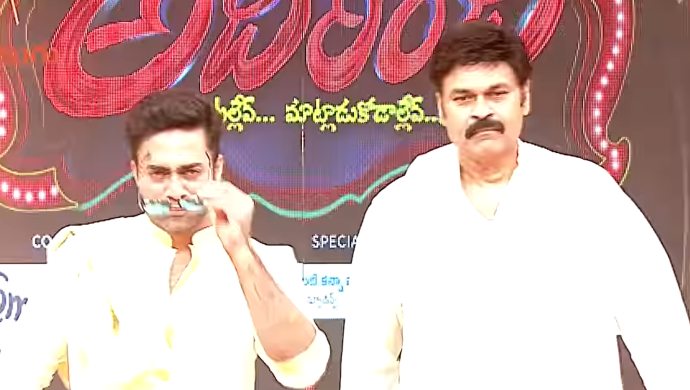 We can’t believe it’s only the fourth week since Adhirindi came to us. This show, led by Tower Star Nagendra Babu, features comedians like Chammak Chandra, Venu, Dhanraj and RP. Last week, we saw Chandra explore yet another ‘naughty’ side of family drama, while Venu dramatised the father-son relationship in his skit. Dhanraj took us inside the craziest doctor’s cabin and RP gave us a romantic-comedy that couldn’t have been funnier. Once again, it’s time to get ready for the madness that our heroes are brewing for us.

Watch the promo for the upcoming episode here:

Actor Navdeep joins the Adhirindi gang again, and ends up becoming the butt of many jokes. But it’s all in good humour and for fun. Naga Babu loses his  composure, as he laughs out louder than ever at the sketches. Chandra’s sketch turns him into a frustrated, newly-married husband, whose wife has taken a solo-vacation two days after the wedding. His pitch is constantly too loud to handle, and his frustration takes over his sanity.

Venu tries to take us back in time, with a simplistic love story. But his team full of (non) cooperative fellows, make his skit go haywire. PS: If you think there aren’t too many ways to insult someone, you need to watch Venu’s skit. Dhanraj comes up next, with his gang of comedians, to entertain us. And, they take a dig at Navdeep and his film choices. Just like the actor himself, you will hold your belly as you ROFL. Disclaimer! This set is purely for mature folks.

Birthday Special: How Allu Aravind Changed The Face Of Telugu Cinema With His…

Last but not least, RP’s sketch shows the other side of being popular. However, this side of popularity is entirely hypothetical, and only intends to make you laugh. There is no way for you to miss this episode. Be sure to catch up on all the madness on January 12, 2020. You can also check it out before TV on ZEE5.